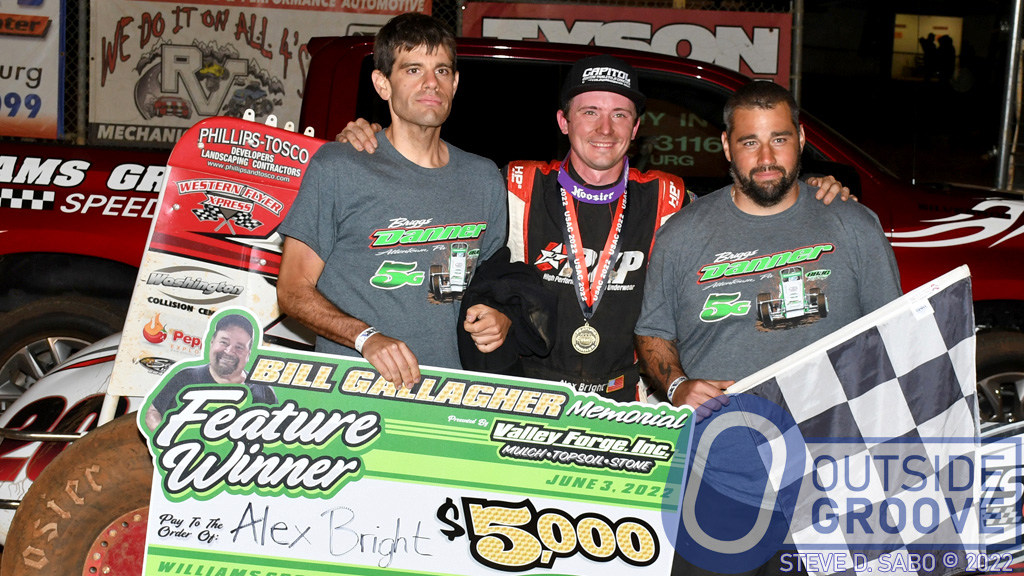 “This race pays great respect to our father,” Joey Gallagher said. “This is the way he would want to be remembered. He loved racing since he was a little kid, and this is one of the best ways to honor him.”

Gallagher, who was from King of Prussia, Pennsylvania, died last July at age 67. (For more on him, read “Bill Gallagher: A Win for their Late Car Owner”.)

“Bill had been a car owner for more than 30 years, and helped bring back URC as a club and won 10 championships,” said Michael, who drove Gallagher’s car for 14 years and was behind the wheel for five of his championships. “After my wife and I started USAC East, he was committed to our series, opening the door to full-sized sprint car racing for kids who have done well in 600s.”

(For more on Buckwalter, read “Tim Buckwalter: An Emotional Win”.)

“We gave some guys who normally wouldn’t have a chance to race a sprint car the chance to do so,” Michael said. “We scouted drivers for the wingless sprint cars.”

The Bill Gallagher Memorial provided some closure for many Gallagher had touched through racing.

“The race was a chance for those who could not make the funeral to get together and reminisce,” said Joey Gallagher. “Old drivers, sponsors, and crew members were all there.”