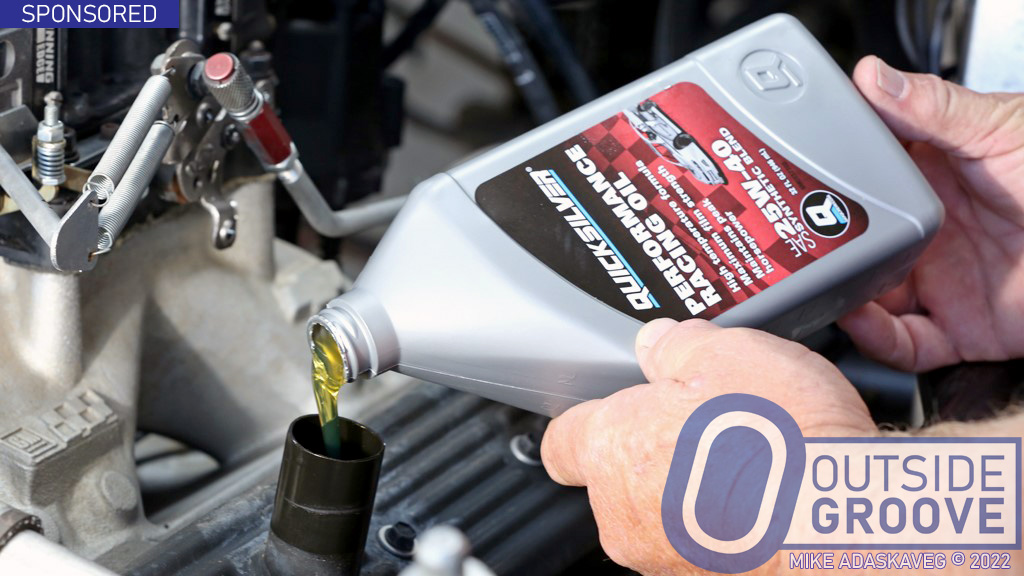 The company formulated the oil to increase horsepower, maintain peak performance, and increase reliability. The oil reduces thermal breakdown under the extreme rpm, temperatures, and loads found in oval-track racing.

“Because of the high-quality base stock, Quicksilver 25W-40 Synthetic Blend Performance Racing Oil can be specified for most crate engines,” said Quicksilver’s Mike Horak. “Some engine builders may recommend 20W-50 weight oil because of the tendency of some oil’s viscosity to rapidly break down. Quicksilver oils don’t break down as readily, allowing for cooler oil temperatures to deliver reliable horsepower.”

Mercury Marine, the company behind Quicksilver, understands performance. Carl Kiekhaefer, founder of Mercury Marine, fielded several cars in what would become the NASCAR Cup Series. His innovative team won 52 races at the echelon of stock car racing. Later on, the company manufactured engines for the Chevrolet Corvette in the early 1990s.

Quicksilver recommends the oil for its complete line of sealed engines. (For more on Quicksilver’s engines, read “Quicksilver: 1-Year Warranty for its Race Engines”.)

It also suits other engines, too — four-, six-, and eight-cylinder applications. The oil’s excellent high-temperature properties offers both wear and corrosion protection, especially for motorsports.

“There is more than plenty of zinc in Quicksilver oil, even for the aficionados,” Horak said.

You can purchase Quicksilver 25W-40 Performance Racing Oil through your local Mercury Marine dealer or through Land ‘N’ Sea Distributing. Its suggested retail is $11 per quart.