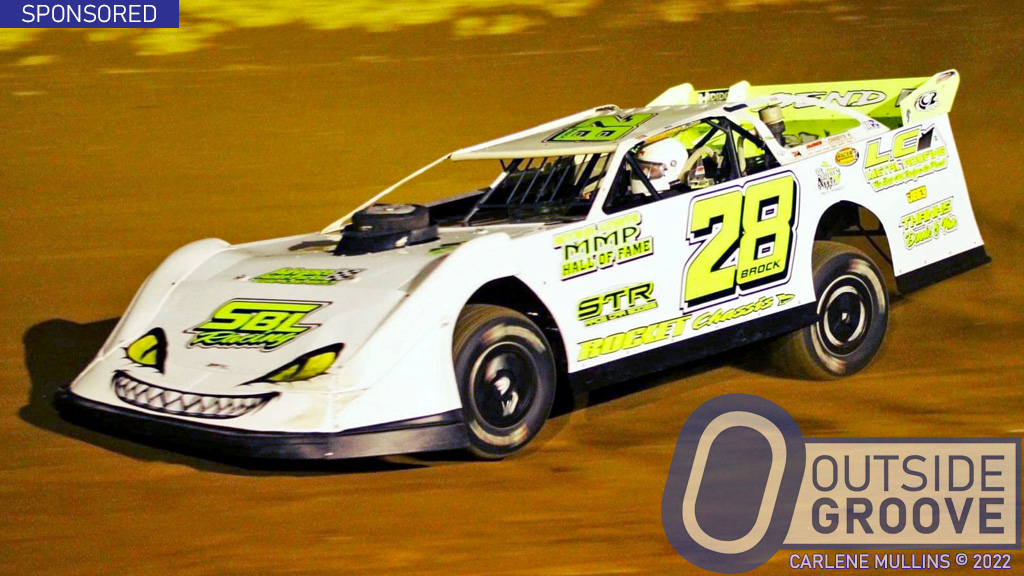 Cory Brock races a late model that smiles as it turns laps around Mountain Motorsports Park in Isom, Kentucky. Brock hopes that he, too, smiles after the American All-Star Series Presented by PPM Racing Products feature at his home track this weekend.

“You got guys like Zach Sise, and they come in with some fast, fast cars,” said Brock of the touring series. “We’re looking for a top-three finish — it would mean the world to us.”

“We’re going to get better,” Brock said. “We got a real fast car. We have a fresh motor this year. I feel like we should have some competition for them.”

Brock earned his success in late models at Mountain Motorsports Park with an older style of car.

Crew member Donnie Lewis gave the car its smile. Lewis’ wife, Nan, gave it its name, “Beth Dutton,” after the character in the TV series “Yellowstone.”

“She’s a bad bitch on there,” Brock said of the character. “I hope she takes me to the front.”

Cory Brock and Beth Dutton hope to find success this Friday, May 20. That’s when the American All-Stars Presented by PPM Racing Products rolls into Mountain Motorsports Park in Isom, Kentucky.