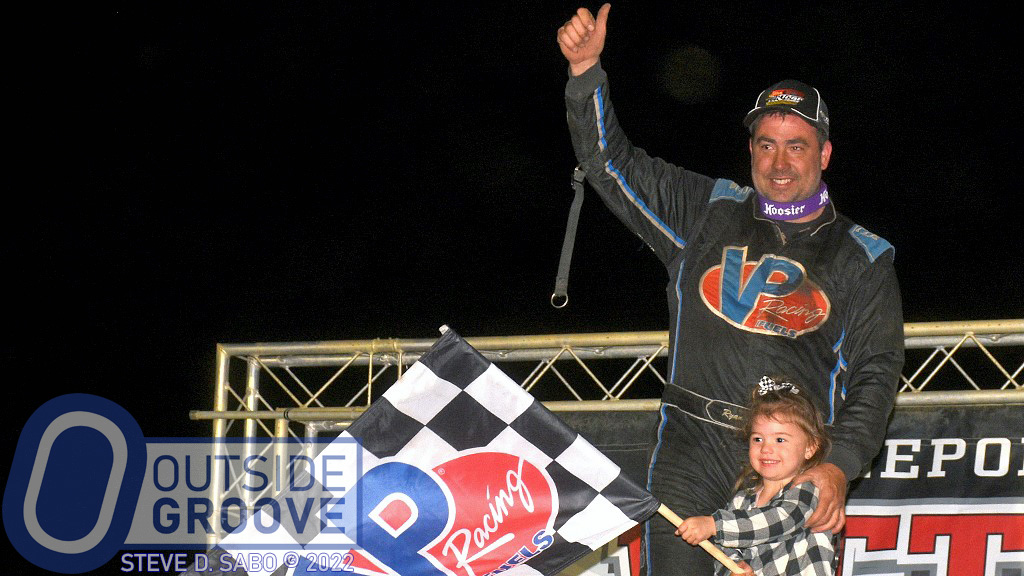 “I try not to look at the total amount we won,” Godown said. “My motto is you are only as good as your last race. So, I keep my head down and stay focused.”

Godown’s hot streak began at the end of last year. He won the Freedom 76 at Grandview Speedway in Bechtelsville, Pennsylvania. That brought home $30,000. Godown then won the Short Track Super Series Cajun Swing championship last fall. He attributes his success to racing for his own team.

“Matt Sheppard and Stewart Friesen do their own thing, with funding behind them,” said Godown. “I witnessed their success. I knew that was the direction I had to go to be in contention with them.”

Godown partnered with his friend and crew member of seven years, Mike Carlucci, to form Ryan and Mike Motorsports.

“I always felt I was as good as Friesen and Sheppard,” Godown said. “Now, I can see when I drove for someone else, it put me behind in learning. Driving my own equipment, with my own team, I am learning more.”

“I feel I am racing well this year,” said Godown. “Some years, I look back and I see myself as not being patient or being too aggressive. I guess I am maturing at age 46.”

Ryan Godown said in addition to Bridgeport, he intends to follow the Short Track Super Series Elite Series and Southern region circuits. He’ll race other specials as his schedule allows.

“We work full-time jobs,” said Godown, who has been a landscaper for 25 years. “It is a weekly grind. If we feel like we are rundown or tired, it is not good. So ,we may take a race off and just stay home.”

The money the team earns from racing goes into the cars. Whatever is left over is invested in spare parts. Lately, Godown’s bank account looks relatively good, but he tries to remain grounded in what he has achieved.

“What we have done is incredible,” Godown said. “The key is to … never be comfortable. Racing constantly changes. The most gratifying thing for a driver and team is to have results for all the hard work that has been put in day in and day out, every week, all year long, for many years.”