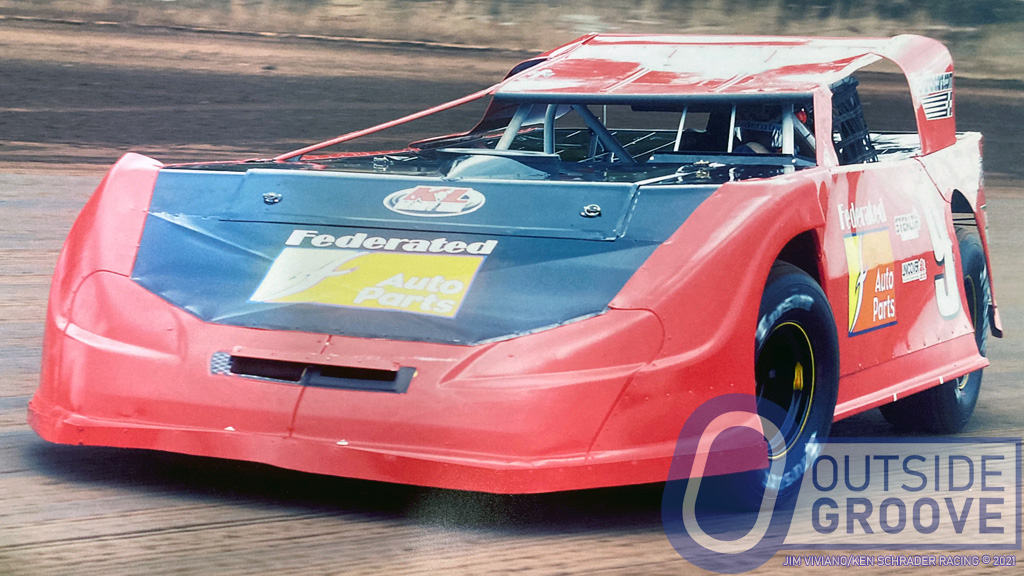 At age 66, Ken Schrader drove a 29-year-old car to victory last weekend. The triumph occurred during the Sportsman Nationals at the “Springfield Mile,” a dirt track at the Illinois State Fairgrounds.

“We retired that car in 1994 and stored it at my shop,” Schrader said of the 1992 Bullitt Chassis that won at Springfield. “It had no value at the time, so I decided we just as soon keep it. We pulled it out once or twice to win in Iowa over the years.”

Schrader then made it a show car of sorts for himself and Charlotte Motor Speedway. This year, he and his team reincarnated it again.

“We welded on a Camaro front clip to it that we cut from a frame out in the yard,” said Schrader. “Then, we put in a high-horsepower, small-block engine. We took it over to Springfield to play with it — and we wound up winning.”

“Everyone had skin in the game, but Rex — but we called him enough times to become part of the crew,” Schrader said. “The guys worked their butts off.”

The crew had to use their wealth of knowledge and talent to put together a winning package.

“We were in no man’s land,” said Schrader. “Everyone common-sensed the setup. We had nothing to go off of except what was in our heads. We were a little down in power, but the car handled so well it made up for it.”

Schrader now owns wins among four different divisions at the Springfield mile — ARCA, midget, modified, and sportsman. This victory also made him the oldest to win at the track. The previous record holder, Wes O’Dell, who won at age 60 in 2020, finished second to Schrader this year.

After the victory, Ken Schrader faces a tough decision to make.

“Do I sell it or pickle it for next year’s race?” Schrader said of his winning race car.

(For more on Ken Schrader’s racing plans for 2021, see “Ken Schrader: No Signs of Slowing Down”.)