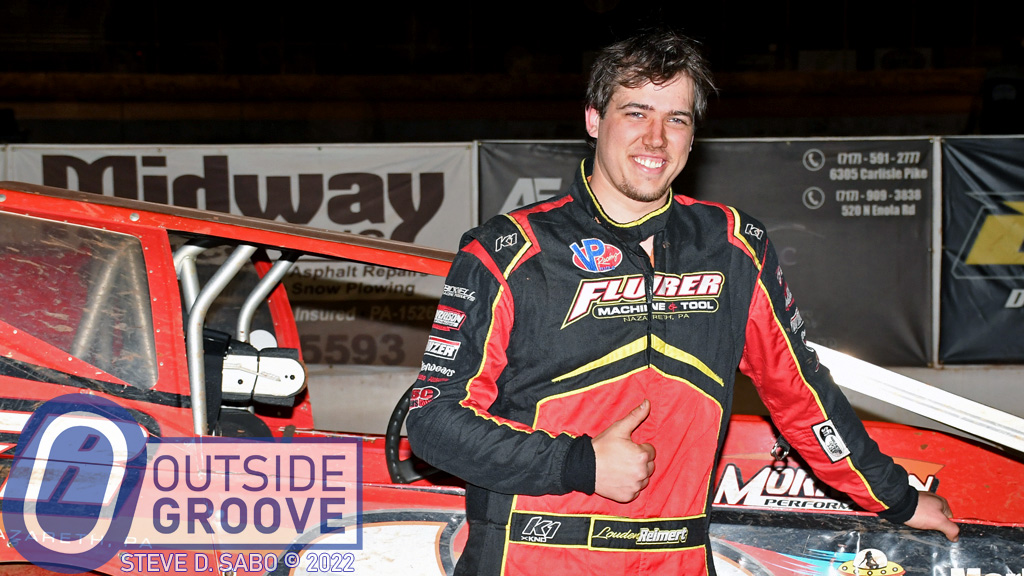 “Racing without winning was getting old,” Reimert, 21, of Oley, Pennsylvania, said. “It was great to get the weight off of my back with that first win.”

After Loudon Reimert won the 2018 Grandview Speedway sportsman championship, he moved into 358 modifieds. This season he finally won his first 358 feature, which led to three more for a total of four.

“To win the Tri-Track Series this year was special,” said Reimert. “It was cool because there hasn’t been a traveling series for this type of modified.”

The PA 358 Spec Modified Tri-Track Series drew 73 drivers this season, with 30 and 40 entries on average per race.

“No work is allowed on the heads, which really evens the field,” Reimert said. “We had huge fields of cars this season, which made the racing great from the driver and fan’s perspective.”

Louden Reimert knows racing. He said he competed in more than 80 events this past season. Reimert races in the SpeedSTR class at Action Track USA in Kutztown, Pennsylvania. he steers modifieds at Big Diamond Speedway in Pottsville, Pennsylvania, and New Egypt Speedway in New Jersey. Reimert runs a 270 micro sprint at Shellhammer Dirt Track in Shoemakersville, Pennsylvania. And, he also runs modifieds in the Super DIRTcar Series and Short Track Super Series.

Doug Flurer owns the modifieds that Reimert drives. Reimert, his father, Shawn, and grandfather, Terry, help maintain them. The elder Reimerts are former racers themselves.

“I’ve been going off of my dad’s and grandfather’s know-how for all of my racing career,” said Reimert. “Everything I know about racing, I learned from them. My family is all about racing, and that family support really helps my effort.”

Reimert’s keeps his wishes for 2023 simple.

“I plan to race every weekend next season,” Reimert said, “and I hope the Tri-Track Series keeps gaining momentum.”