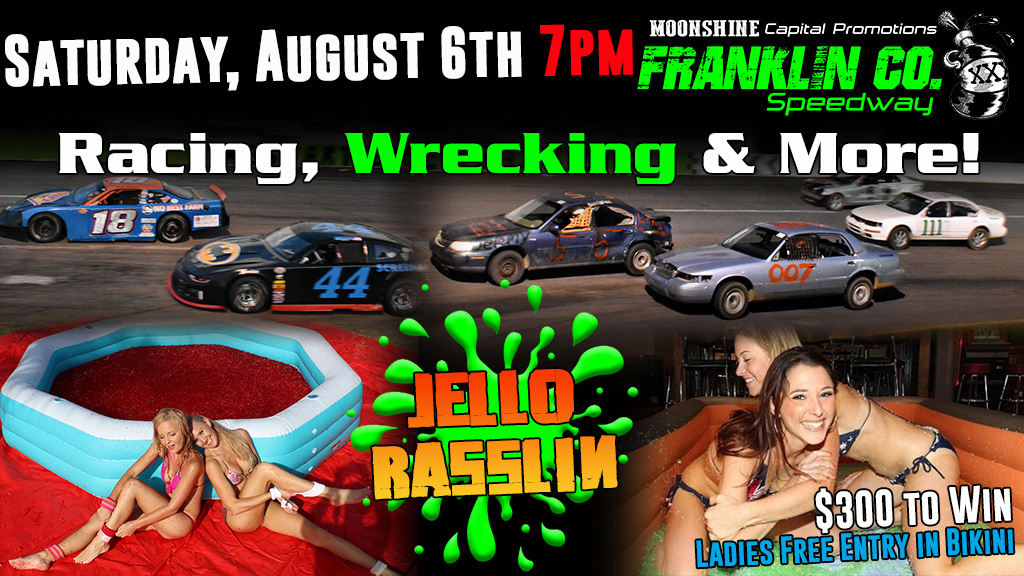 Langley Austin’s no stranger to sparking things up, especially when he promotes at Franklin County Speedway. This time he’s putting on a “Jello Rasslin” event as the special attraction at the Callaway, Virginia, oval. It pays $300 to win and offers free entry to ladies wearing a bikini.

“I’d like to say we were sitting around, drinking beer, thinking about ideas, but we didn’t have any beer involved,” said Austin. “More than anything, it was something to get a rise out of people … something to get people talking.”

Back in the day, short-track promoters used to put on all sorts of special events to attract crowds. These specials ranged from stunt shows to car rollover contests to even mud wrestling.

“Everybody’s a purist today,” Austin said. “It’s supposed to be fun. Most racing is not fun these days. Everybody’s taking it too seriously, from the racetracks to the racers. It ought to be fun.”

Minor League Baseball often holds many zany promotions in hopes of attracting more of the general public. For example, take a look at the nearby Salem Red Sox schedule. Themes include: Area 51, Star Wars Night, College Night, Hockey Night, STEAM Night. The promotions are fun, for sure, but the baseball still remains real.

“I’m trying to lure people in on more than watching cars go in circles,” said Austin. “You’ve got to do something to get the people there. That’s why we do kids bike, power wheel, and scooter races [as well as] coin rushes and candy rushes. You got to promote. You got to give people a reason to be there. You’re never going to make a new race fan if you don’t get them to the track.”

For those looking for more conventional racing, there’s also a full card of late models, mini stocks, Stock4s, Rookie4s, and Bootleggers. However, if we started the story with that, would you have continued reading?