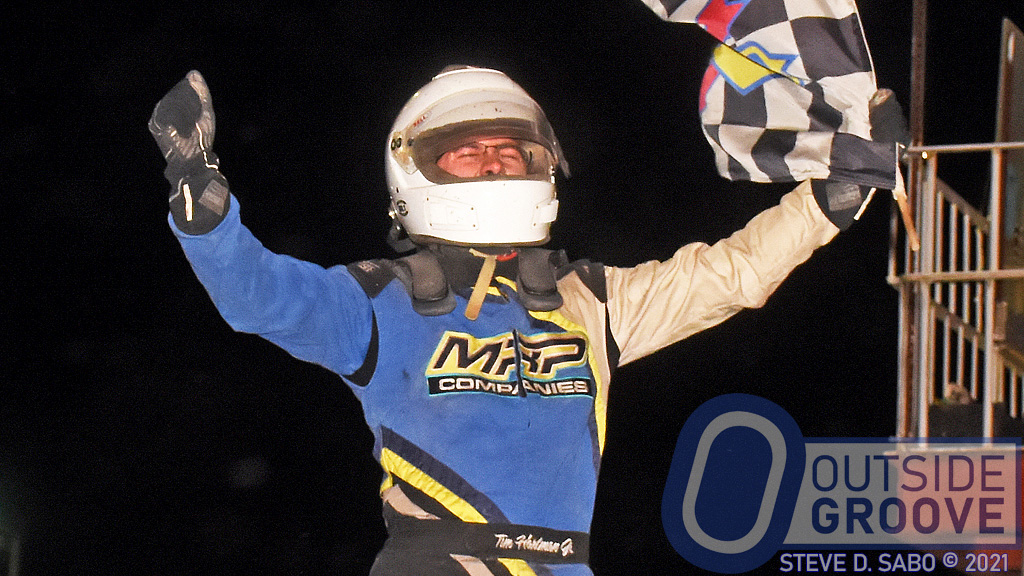 “I told my dad it’s the least stressed I have ever been going into a championship title race,” Hartman, 28, of Glenville, New York, said. “It was an advantage to be six points behind. I had nothing to lose. I had to finish two spots in front of [then-] point leader, Payton Talbot, to win the championship. If we win, the points will fall where they may.”

Talbot finished third after getting mired in traffic. This year’s Short Track Super Series crate 602 sportsman championship is Hartman’s second. He also has three track championships at Albany-Saratoga Speedway in Malta, New York, and one at Fonda Speedway, also in New York.

Hartman races for car owner Mike Parillo, of Amsterdam, New York. While looking back it seems like the pairing was a surefire success story, it didn’t start off that way.

“We are fortunate to be driving for Mike,” said Hartman, who works as a mechanical engineer on U.S. Navy nuclear submarines. “He gives us the resources necessary to succeed. When he first asked me to drive at Fonda, I cartwheeled his car down the track. I thought it was over between us, but here we are, six years later.”

“If it ain’t broke, don’t fix it,” Hartman said of the older chassis he campaigns. “We have a new chassis sitting there, but why change? The car has four championships and just won the Short Track SuperNationals.”

Over the years, Tim Hartman Jr. learned what it takes to field a successful crate 602 sportsman.

“It is a lot of work to make a crate sportsman go fast,” Hartman said. “You can’t use the engine to go faster. So, it is every tiny thing on the car that adds up to getting more speed — the rear end, driveline, transmission, bearings, suspension — it’s a long list. We haven’t had a break since the start of the season in March. Our success is the result of an investment of time.”