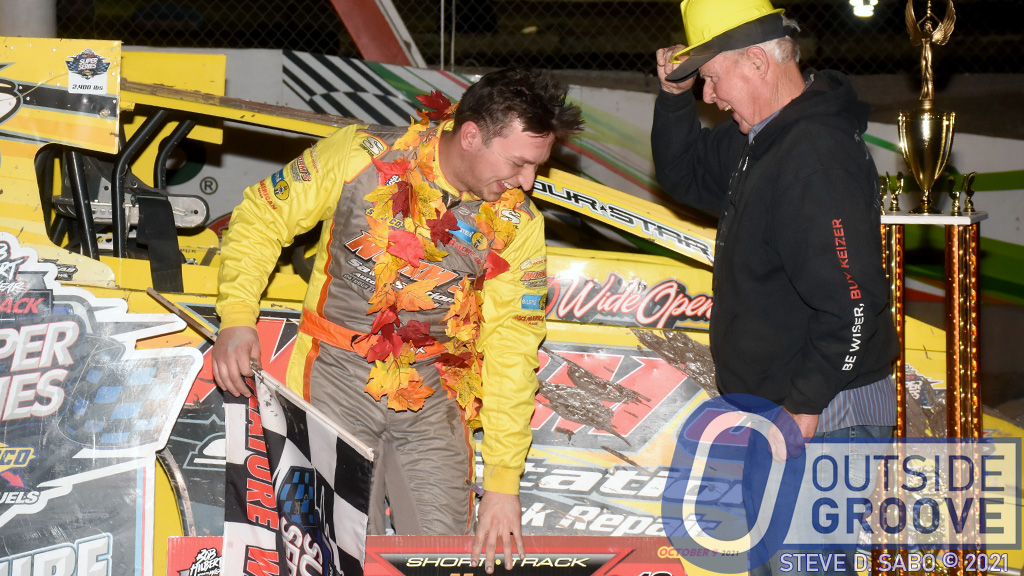 Max McLaughlin won the race dubbed the “Working Man’s Race” — and it didn’t come easy. The triumph came during the Short Track SuperNationals at Afton Motorsports Park in New York. While McLaughlin enjoyed his first Short Track Super Series win, it was the smile on car owner Norm Hansell’s face that made McLaughlin’s day.

“It was an incredible win for us — we started from 10th,” said McLaughlin, 21, of Mooresville, North Carolina. “A week ago, we were leading at New Egypt Speedway [in New Jersey] for 80 laps, only to have a flat tire. Stupid stuff has happened to us all season. This week was the first time I saw Norm smile. He even gave me a hug.”

McLaughlin is the son of Mike “Magic Shoes” McLaughlin, who is never far from Max. The elder McLaughlin raced both dirt and pavement, with six wins in what is now called the NASCAR Xfinity Series.

“My dad figures huge in my career,” McLaughlin said. “He’s at every race.”

Outside of the Short Track Super Series, McLaughlin owns three wins in DIRTcar-sanctioned competition while driving for the Sweeteners Plus team. Next year, he’ll drive a pavement modified for car owner Gary Putnam while still participating in dirt racing.

“When it comes to driving on both dirt and asphalt, you have to know how to separate them,” McLaughlin said. “I have done it enough times to learn some of the differences. Each type of car I drove helped me drive the other type of car better. You cannot drive either too many times.”

McLaughlin maintains a busy race schedule. He’ll compete with Hansell’s car at the Short Track Super Series events at Port Royal Speedway in Pennsylvania (October 14–16) and Georgetown Speedway in Delaware (October 29–30). McLaughlin will then head to The Dirt Track at Charlotte Motor Speedway. He’ll race for the Sweeteners Plus team during the Super DIRTcar Series portion of the World of Outlaws World Finals (November 4–6).