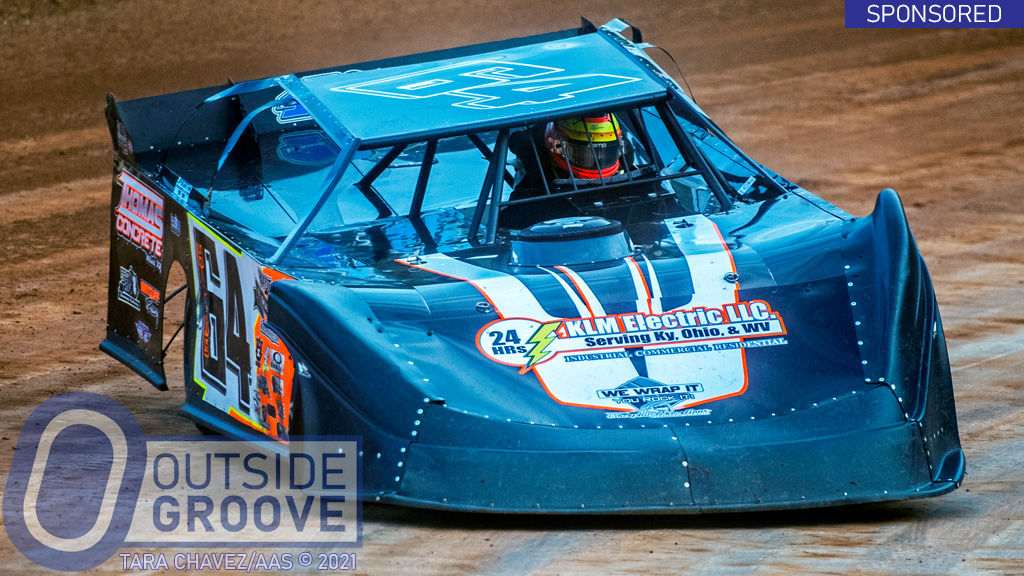 When the season started, AJ Hicks did not intend make a run for the 2021 championship in the Rick Hendrick City Chevrolet; Chevrolet Performance: Vehicles, Parts, Racing American All-Star Weekly Series Presented by PPM Racing Products. However, when his family reopened Kentucky’s Willard Speedway in July, the door opened to the title. By virtue of 11 wins at his hometown track, Hicks roared through the standings to the 2021 weekly crown.

“I won every race [at Willard Speedway], except one,” said Hicks, 28, an electrician by trade. “I finished third one night. We got into a couple of accidents early on in the race, but we came back up [through the field].”

Hicks had only raced at the track a handful of times before it closed several years ago. He did watch his father, Terry Hicks, race there as a kid. (For more on the track, see “Willard Speedway Hosts Races Again”.)

“It meant a quite a bit [to win a championship at Willard Speedway], because my mom and dad own the place, and they put their heart and soul into bringing it back to life,” Hicks said. “To be so good there, it shocked me, because there have been some great drivers come in there, and we’ve been able to outrun them, too. That’s like when [touring series racers] Zach [Sise] and Logan [Roberson] come in there with the series, and we ended up winning the [American All-Star] touring series race. That was big for us.”

If you think Hicks is a one-track wonder, think again. He also won races this year at two other Kentucky tracks — Richmond Raceway and Rockcastle Speedway in Mount Vernon. In fact, at Richmond Raceway, Hicks holds the 2019 track championship. He cites one key factor for his success.

“Races are won in the garage,” said Hicks. “I wash [my car] on Sunday or Monday. [That way,] you have all week to go through the car and look at the small things that can cost you races.”

AJ Hicks looks to apply his winning ways to his first trip to Smoky Mountain Speedway on Saturday, October 16. It’s at the Maryville, Tennessee, oval where he’ll look to compete in the $5,000-to-win event for the American All-Star Series Presented by PPM Racing Products.

“Tennessee crate racers are the cream of the crop,” Hicks said. “Zach [Sise] and Logan [Roberson], any time you can outrun those guys, it’s pretty nice.”