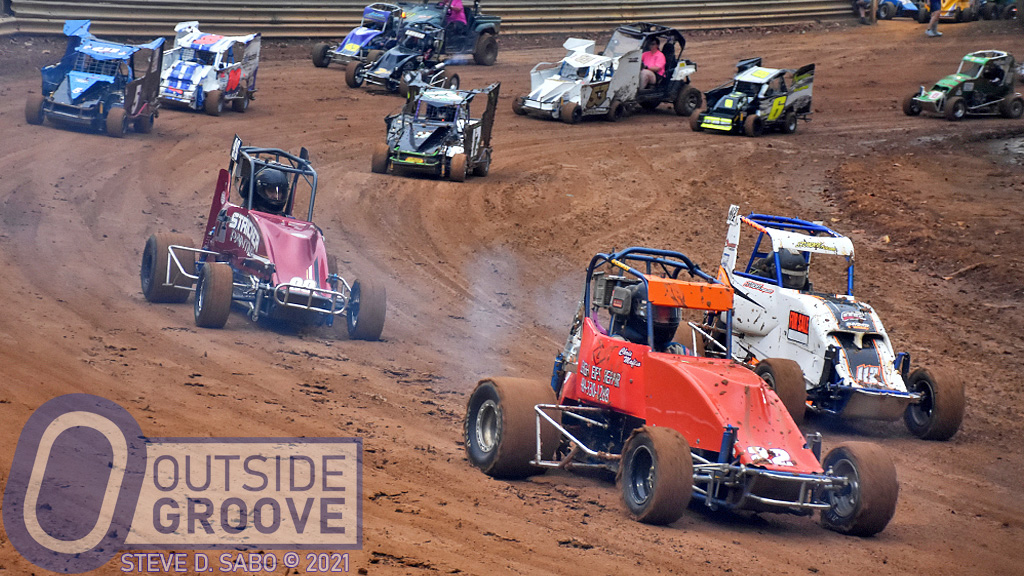 What might seem unfathomable at some ovals, Shellhammer Dirt Track ran a show in two and a half hours — with 10 features, 20 to 25 laps each. Rain knocked out four of the six features the previous week. The track added those races to their regular six-feature show last Wednesday.

“We start at 6 p.m. and I have to keep a strict 10 p.m. finish deadline to keep my neighbors happy,” Cordier said.

“Last week, it was just before 7 p.m. and the showers had just ended,” said Cordier. “I was working the track from the water truck and I called my wife and said it looks like we’re going to have to pull the plug.”

Cordier takes pride in preparing a well-groomed surface for his racers.

“I don’t like to have the racers run the track in,” said Cordier. “I called the booth and told them, ‘We’re done. Let’s cancel.’”

That’s when the track announcer, Mike Feltenberger, rose to the occasion. He got on the PA and said, “If you want to race tonight, you have to work the track in.”

Cars lined up to help, much to the surprise of Cordier.

“Nothing can pack a track like a bunch of 600cc micro sprints,” Cordier said. “I applauded them. Everyone worked together for a common goal. The track was ready at 7:20. The track crew made sure the lineups kept coming. The show went flawlessly for more than 200 laps.”

The season closes after tonight’s show at Shellhammer Dirt Track.

“There’s finally nothing but good weather in the forecast,” said Cordier.