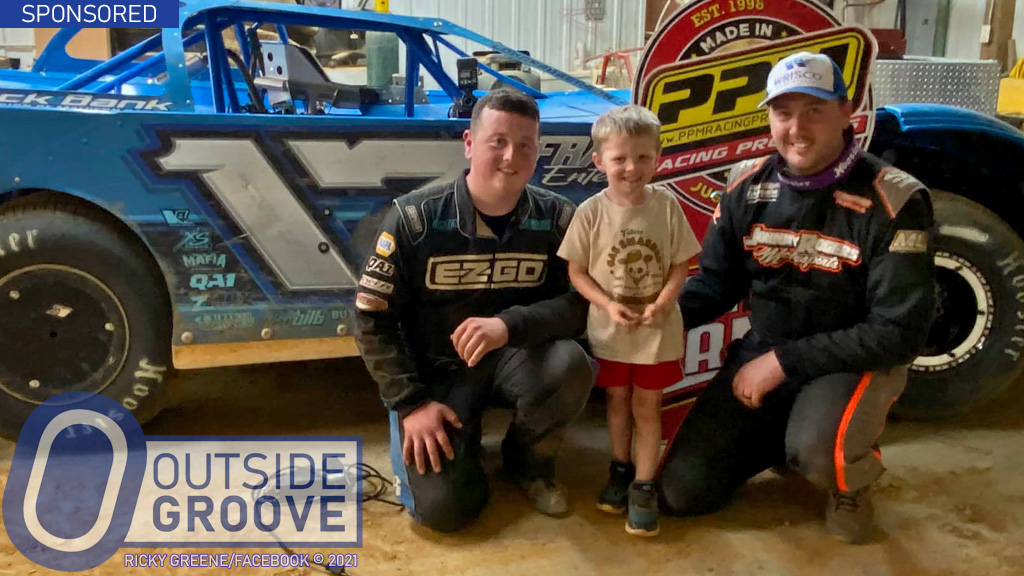 After many years of success in stock-bodied classes, Ricky Greene jumped into the late model world this season. He scored his first late model victory last Sunday during the American All-Star Series Presented by PPM Racing Products event at Wythe Raceway in Rural Retreat, Virginia. However, what made Greene’s three-year-old son, Luke, even more excited was getting his picture taken with second-place finisher Logan Roberson.

Last Christmas, Greene and his wife, Ashley, looked for a die-cast car that fit Luke’s description. The closest one they could find was the No. 17 of Logan Roberson. (For more on Roberson, read, “Logan Roberson: A Man With a Plan”.)

“He carries the little [die-cast car of Roberson’s] everywhere,” said Greene. “I tried to get Luke to get a picture with [Logan]. He always said, ‘Next day, Daddy.’

“[Before the event at Wythe Raceway,] I said [to Luke], ‘Look, Logan’s going to be there — you’re taking a picture with him.’

Little did Ricky Greene know that he would take that snapshot after winning his first late model race.

It’s a moment that the father and son will always remember.

“Logan probably used to be his favorite late model driver until I started driving one, and now Logan’s his second favorite,” said Greene. “My father-in-law joked that when we were putting the car together that we should make it blue and put a seven on it. But, I don’t really care for blue. So, Luke didn’t get a blue No. 7 late model that his daddy drives. Maybe when he’s big enough to have one, he can drive the blue No. 7 late model.”