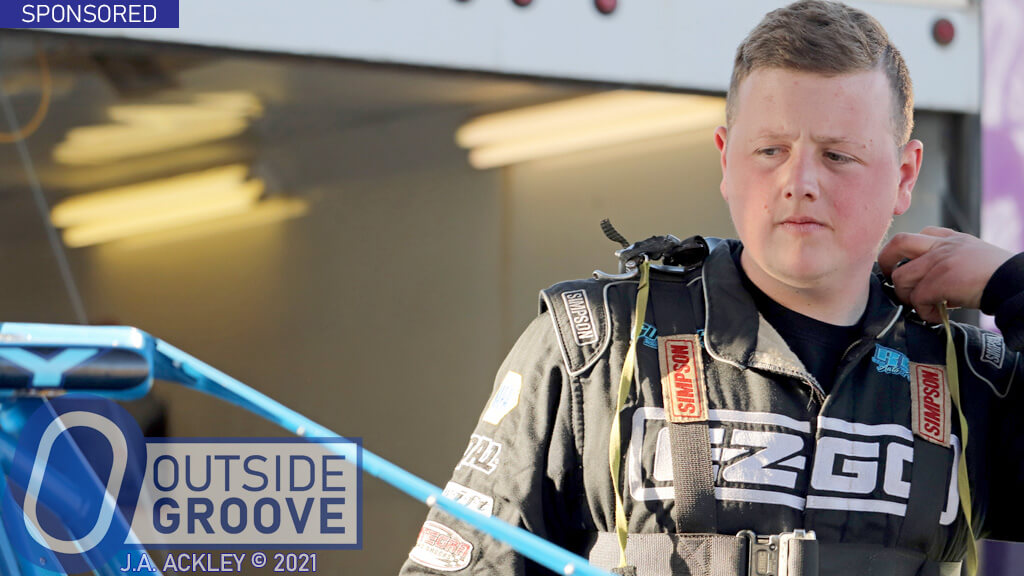 Logan Roberson sits atop the point standings for the American All-Star Series Presented by PPM Racing Products. After racing many super late model events in 2020, he decided to follow the crate series that travels along the Appalachian Mountains in the Southeast. It’s all part of Roberson’s master plan.

“When I bought my toter home at the end of last year, it was really hard on me — spending money on it, bringing it back to par — because it took a couple of months to get it to where I could race out of it,” said Roberson, 23, of Dooms, Virginia. “I love super racing, but with the money where it was at, [my father, Greg Roberson, and I discussed] what’s the best-case scenario this year. The American All-Star Series fit my schedule, because I go to most of their bigger races anyway. When they’re off, we can go to other races. And, they have a good points fund [with $10,000 to the champion].”

The American All-Star Series travels to 15 different tracks spread across five different states. Roberson may not have won a race yet, but his consistency propelled him to the top of the point standings.

“I feel I have been better this year than I have been any other year,” Roberson said. “Racing with competition like that every week makes you a better racer. I’ve been in position to win at tracks that I’ve been bad at. I’ve gone to tracks, like Wartburg [Speedway in Tennessee], not seeing them [before], and put myself in a position to win [where I finished second]. It means a lot to me that I can be consistent wherever I go.”

He’s one of eight drivers in the #FloRacingDream contest that ends on May 31. Based on votes from fans (you can vote here), it will send one of those racers with a handsome prize package to The Dirt Late Model Dream at Eldora Speedway in Rossburg, Ohio. For a blue-collar racer such as Roberson, who works as a mechanic for the City of Waynesboro in Virginia, the package would help him achieve a lifelong dream.

“I’ve always wanted to go to Eldora,” Roberson said. “That’s been one of my goals. [The #FloRacingDream contest] is pretty much an all-expenses paid [trip]. Racing The Dream [would be a big deal] for a small-town racer like me.”

As the #FloRacingDream contest continues, Logan Roberson prepares for his next American All-Star Series races. The tour heads to two fast ovals — the 4/10-mile Smoky Mountain Speedway in Maryville, Tennessee, on Saturday, May 29, and then to the ½-mile Wythe Raceway in Rural Retreat, Virginia, on Sunday, May 30. Roberson will visit several new tracks with the series, but he has a history with these two.

“My track record at Wythe is not good,” said Roberson. “I went to Wythe twice, and never made a show there. At Smoky, the first few times, I was not good at all. I don’t know why. I finished second the last time I was there … so, I’m looking forward to that one.”

Nevertheless, expect the intrepid racer to embrace the challenge, and maybe he’ll finally find his way at Wythe Raceway as he did at Smoky Mountain Speedway, Wartburg Speedway, and many others.