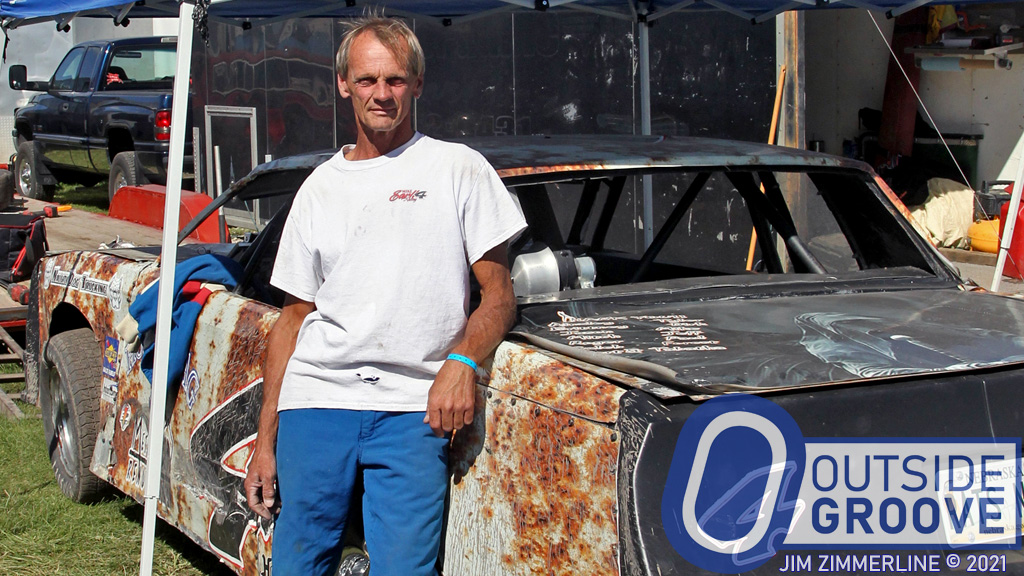 Mike Earll spends much of his time in two worlds. Rarely do they collide, despite both revolving around cars. During the week, he builds rat rods at his business, The Rat’s Nest. On the weekends, he races an IMCA stock car, with faux rust adorning its wrap.

“I love the freedom of driving a rat rod at 75 mph down the highway,” Earll, 53, of Gothenburg, Nebraska, said. “I love the thrill of driving my stock car at 100 mph on a dirt track just as much. I’ve got the best of both worlds.”

Stock car racing came first for Earll. He began racing when he was 14 years old. Earll started his rat rod business in 2006, midway through his racing career.

“Nobody knew what a rat rod was, and then everyone who saw one wanted one,” said Earll. “Building a rat rod is fun. It’s like gluing a model car together from a box filled with extra parts.”

He built his first car off a 1929 Essex — a car whose parts are so rare that it made it impossible to restore the car. Since then, he’s constructed more than 40 rat rods off of bodies and frames pulled from Nebraska fields. He shipped one of those cars, a chopped 1929 Ford Model A coupe, to the Netherlands, where it resides at a castle.

Back to Nebraska, Mike Earll hauls his stock car on an open trailer, behind a 1978 Chevrolet pickup. He races regularly at a pair of dirt ovals in the Cornhusker State — Dawson County Raceway in Lexington and Lincoln County Raceway in North Platte.

“I’m racing with the toughest competition,” Earll said. “You have Mike Nichols [see “Mike Nichols: Setting Incredible Records in IMCA”] towing four hours from Harlan, Iowa, to race with us [at Dawson County Raceway]. I’m in the top 10 for points, and that gives me a great feeling of accomplishment.”