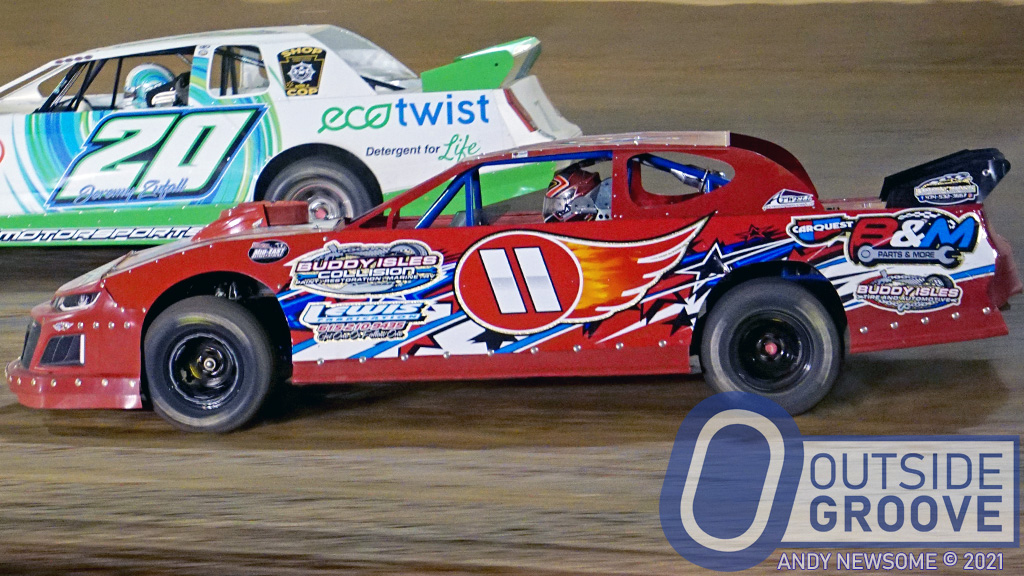 Buddy Isles Jr. carries the iconic flying No. 11 on all his cars, a fleet that consists of a late model, a sportsman (aka super street), a street stock, and a pure stock. While many love the look of the number, only some recognize where Isles got it from. It pays homage to the flying No. 11 cars, most famously driven by Ray Hendrick, and owned by engine builder Jack Tant and Clayton Mitchell.

While Tant does not get involved with Isles’ racing operation, Isles said Tant gave him the blessing to run the famed 11. Arguably, Hendrick made the flying No. 11 famous as a driver. He’d chase big races and big payouts up and down the East Coast, most notably in the 1960s and 1970s. Hendrick collected more than 700 victories along his journeys, and ranks number one in all-time wins at Martinsville Speedway. Hendrick’s barnstorming ways inspired Isles. He’s raced as far west as Missouri, north as Ohio, and as far south as Georgia.

Buddy Isles Jr. said his wins total near 150. While he raced less in recent years due to building his businesses, he hopes to start traveling more again and present the flying No. 11 to a new generation.

“It means a lot to me,” Isles said of carrying the flying No. 11. “I never got to see the [original] No. 11 [race]. Everywhere I go, somebody stops and talks with us [about the number]. I heard a lot of stories of what [Hendrick has] done, and it’s unbelievable. My dad running it was [another] reason why I took it over. My dad won hundreds of races. It’s a lot to hold up to.”