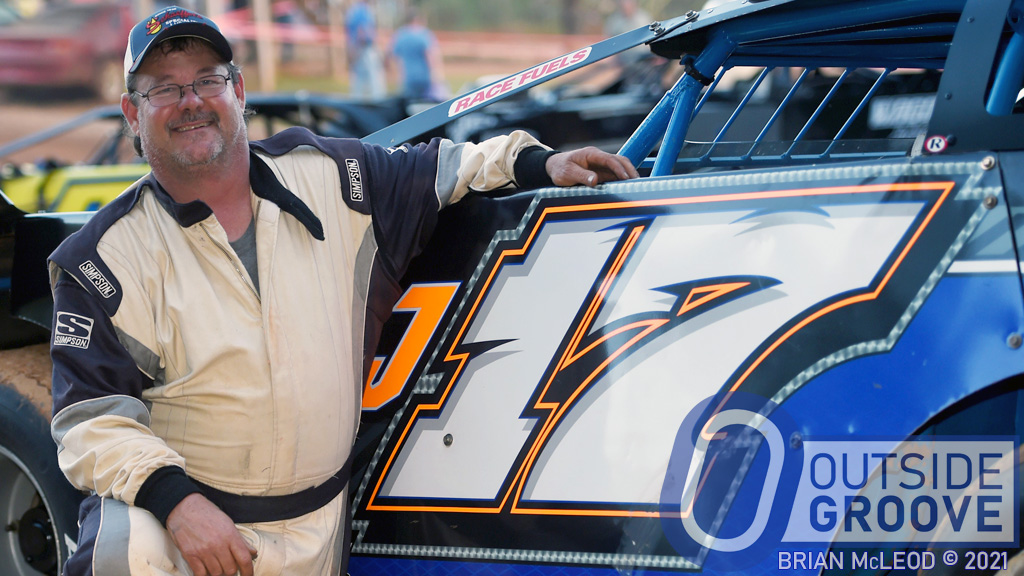 You can clearly see and feel the enthusiasm that Ronny Wren has for dirt-track racing. You don’t need to hear his words to know that. He can’t hear yours anyway. Wren is fully deaf, but he doesn’t let that stop him from participating in his favorite pastime.

Wren races in the 602/modified street class. When he’s not behind the wheel, he helps out Ray Cook, either on the dirt late model Cook races or at the track he promotes at, Tri-County Race Track in Brasstown, North Carolina. Cook vividly remembers his first encounter with Wren.

“He just moved into this area and he called me, wanting some help with his race car,” Cook, 49, of Brasstown, North Carolina, said. “Everything he does [on the phone] is through an interpreter. I thought it was somebody playing a prank … because it’s always some foreign lady doing the interpreting. I put him off a couple of times, because I thought it was a joke. When I went by there, and seen it was him, I felt bad. I wasn’t able to fix what he had wanted, but I lined him up with some people.”

Now, Wren has become one of Cook’s most-trusted helpers.

Wren has raced since age 14, when he started in go-karts. He moved into street stocks a couple years later and hasn’t looked back. While Wren won one feature many years ago, he still loves racing.

“I want to show people that deaf people can do anything, except hear,” Wren, 56, of Hiawassee, Georgia, said. “I want people to see that I, as a deaf man, can race just like a hearing [person].”

In fact, Wren said the lack of hearing may benefit him in the sport.

“I notice vibrations more than hearing people, because deaf people can feel things more,” said Wren. “When I sit in my car or have my hands on the car, I can feel the vibrations of [when] there’s something wrong.”

Wren finds a way to communicate with hearing people, such as Cook.

“Ray and I use hand gestures, writing notes back and forth, and texts,” Wren said. “Sometimes we call each other using VP . Ray knows a few signs that I have taught him.”

Being deaf does make racing difficult in one aspect, according to Wren.

“I have a hard time [getting] sponsors,” said Wren. “All the money I spend on my car is out of my pocket.”

Some underestimate the abilities of Ronny Wren — both within racing and outside of it. However, he’s determined to prove them wrong.

“People think because I’m deaf, I can’t do racing,” Wren said. “They get frustrated when I succeed in racing. Sometimes, they don’t like to race with me because of that. I want to prove that deaf people can [race].”