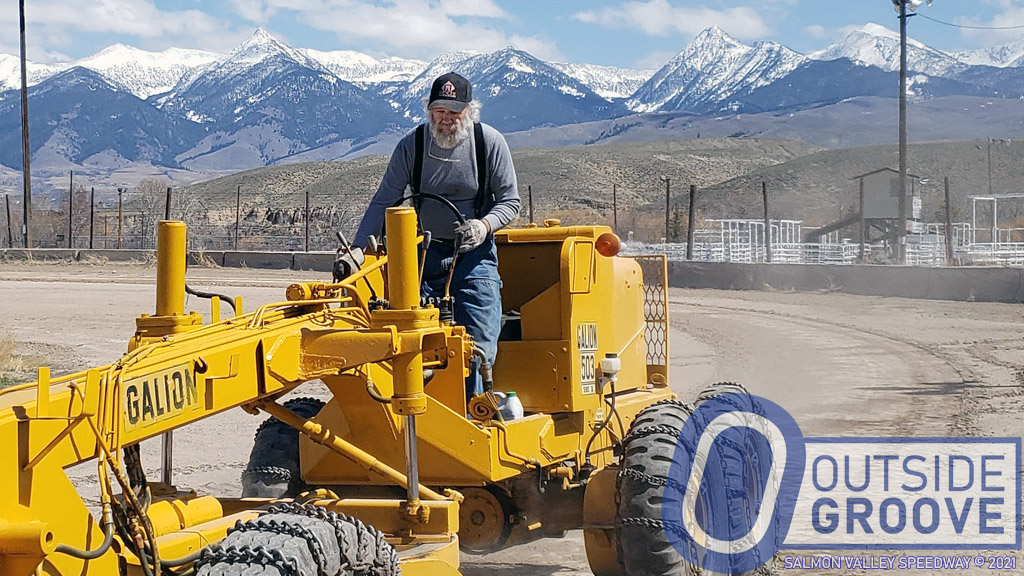 On May 15–16, Salmon Valley Speedway in Salmon, Idaho, opens for its first race weekend in years. The IMCA-sanctioned, ¼-mile dirt oval is the dream of Sean Jackson. The lifelong racer from California spearheaded the effort to revive the track.

“To save a racetrack would be me paying back to racing for giving me so much enjoyment over my life,” Jackson said. “I was fortunate to be a driver. I saw the little kids who race at my track in Atwater [California] become adults and race modifieds. Racing has always been my passion.”

Jackson’s history in racing runs deep, especially in California. He was part of the committee to help reopen Altamont Raceway Park in Tracy during the early 1990s. Jackson started a small speedway for micro sprints and go-karts in Atwater. He drove modifieds and sprint cars at Antioch and Merced speedways. And, he ran the family-owned speed shop, “Rather be Racing” in Fremont. Now, he’ll add Salmon Valley Speedway to his long racing résumé.

Salmon Valley Speedway had a successful run during the 1990s. It then fell on hard times.

“There hasn’t been much racing since 1998, and there was a lot of discontent when the track closed,” said Jackson. “I had nothing to do with that. It was before my time. I’m here to bring racing back and have a community event every week where families can have fun.”

Despite it laying dormant for many years, Jackson said he had a solid foundation to work with.

“The speedway is a diamond in the rough,” Jackson said. “It was built well, back in the early 1990s. We laser-shot and graded the track to begin its resurrection from the dead.”

Jackson mobilized volunteer work parties from the community. A local company, River City Ready Mix, donated more than 1,000 yards of clay and the trucks to haul it. Jackson installed new grandstands to seat 800. He also enlisted the Future Farmers of America (FFA), the Veterans of Foreign Wars (VFW), and the Salmon Arts Council to run the concession booths.

Jackson’s biggest concern, however, will be drawing cars to Salmon Valley Speedway. He plans to run IMCA modifieds, IMCA sport compacts, WISSOTA super stocks, and WISSOTA street stocks. The other IMCA-sanctioned Idaho tracks — Atomic Motor Raceway in Atomic City, the proposed Blue Valor Speedway in Emmett (see “Blue Valor Speedway: New Dirt Track in Idaho”), and Idaho Falls Raceway —are more than 250 miles away. Nevertheless, Jackson hopes to work with them to schedule future major events and tours. He’ll look beyond Idaho for cars, too, from Montana to Oregon.

“I have reasonable expectations and a reasonable budget for this speedway,” said Jackson. “First we will crawl. Then, we’ll walk. Finally, we will run.”

Ultimately, Sean Jackson hopes to make Salmon Valley Speedway as much of a destination as any other attraction in the city of 3,000-plus residents.

“This area has the most Angus cattle per capita in the world,” Jackson said. “It is known for rodeos, horse shows, whitewater rafting, and fishing. We’re going to add dirt-track racing to that list.”