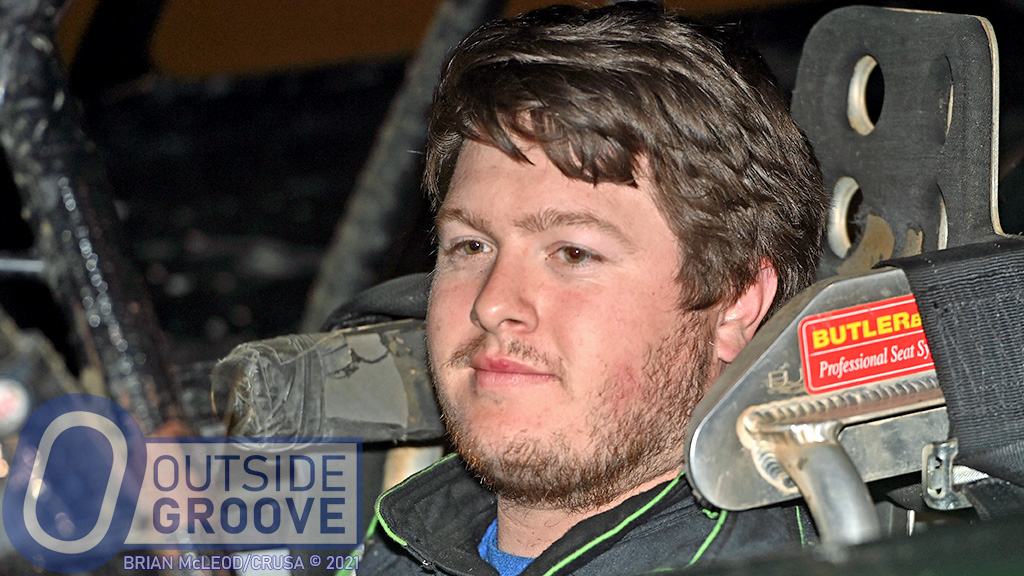 Dylan Knowles won his first championship on a whim. The Crate Racin’ USA Winter Shootout Series champion starting following the circuit because he finished second in the series’ first race. That event was held during the Ice Bowl at the Talladega Short Track in Eastaboga, Alabama. At Talladega, he finished runner-up to Jason Welshan, of Maryville, Tennessee, whom Knowles would beat for the series crown by four points.

“Me and my sponsor, Extreme Auto and Truck Repair, got to talking after the Ice Bowl,” Knowles, of Lanett, Alabama, said. “There wasn’t much going on so early in the season, so we decided to run the whole deal.”

Knowles earns a living as a truck driver. He has raced for the past 12 years, with the last six in Crate Racin’ USA competition.

“My goal is to be consistent,” said Knowles. “First, I want to make every race. Then, I try to keep the car together for a good finish.”

Being a top contender in a series that drew an average of 60 cars per race is no easy task. Knowles relies on a group of family and friends as his crew and support team. His fiancée, Savannah, and daughter, Sicily, cheer him on at every race.

For the rest of the year, don’t expect Knowles to continue point racing.

“No sir, we’re now in the ‘Chase the Money’ racing mode,” Knowles said. “When series events come around home, we’ll be there. We will concentrate on our home tracks — any track that is within three hours.”

Those facilities include several tracks in Georgia, such as Cochran Motor Speedway, Dixie Speedway in Woodstock, Senoia Raceway, and West Georgia Speedway in Whitesburg.

“I learned the economics of racing from my dad, Scott,” said Knowles. “I miss him and think of what I learned from him every day.”