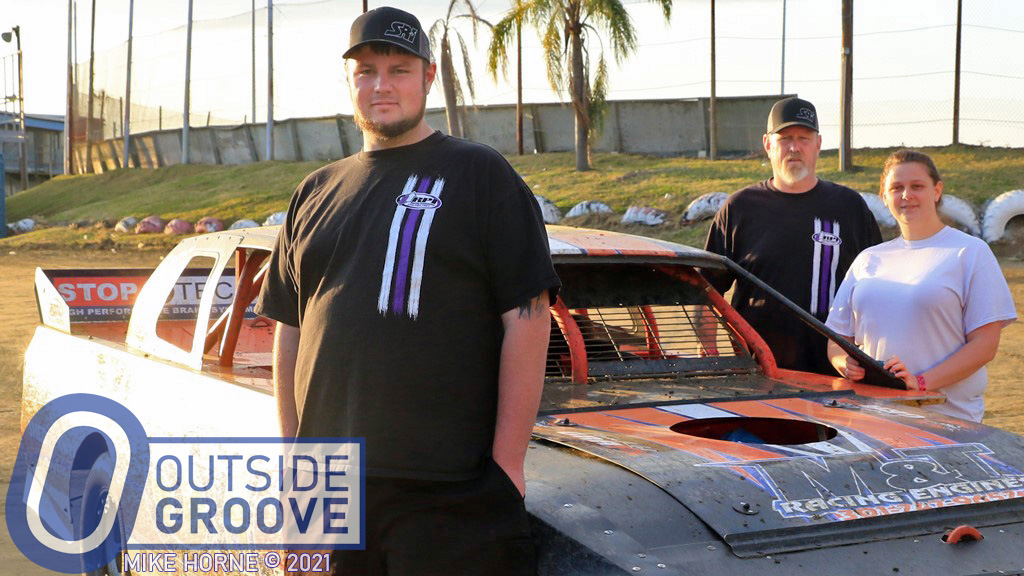 When street stock driver TJ Henry blew his engine during Tuesday warm-ups for the Winternationals at East Bay Raceway Park, his backup power plant was 15 hours away in Delaware. No problem. Enter Henry’s sister, Samantha, and father, Tim. The duo flew back to Delaware the next day, finished assembling the engine, threw it in the back of a pickup truck, and drove to Florida, returning on Thursday morning.

“We got to Tampa on Sunday morning, and slept in a Walmart parking lot so we would be on time for Monday practice,” TJ, of Felton, Delaware, said. “Everything went great in practice. On Tuesday, the engine broke in warm-ups. All the gauges read fine, and it was still running when I shut it off.”

They found the engine broke a crankshaft. On Wednesday, Samantha and Tim boarded a 6:15 a.m. flight from Tampa and arrived in Philadelphia at 11 a.m. A friend picked them up and drove them an hour and a half to Delaware.

“We built the engine before we went to Florida, but it had no cam in it,” said TJ. “My dad had to install the cam, put on the timing cover, and the intake. He sealed it up and by 4:45 p.m. they were on the road back to Tampa.”

“We ran on M&Ms and Monster Energy drinks,” Tim said.

Once back at the track, the crew changed engines and finished around 3:30 p.m. on Thursday.

After warm-ups, TJ Henry said the car felt good. Then, lightning struck twice in his heat race, where he finished sixth.

“After the checkered flag, I was in turn two when I pushed the clutch in … the engine locked up,” said TJ.

A valve had dropped, chewing up a piston and putting a hole into the cylinder wall.

“The first engine we blew had 35 features on it, and we won 25 of them,” TJ said. “The second engine was brand-new. It was a part failure.”

“I would have taken him up on the offer, but I had to be back at work on Monday morning, so we stuck with our plans,” said TJ, who works in the parts department of a Dodge dealership.

The Henrys and their crew stayed at the track to watch for the rest of the weekend. They headed home on Sunday.

“My dad and sister deserve a trophy for being the best dad and best sister in racing,” TJ said.