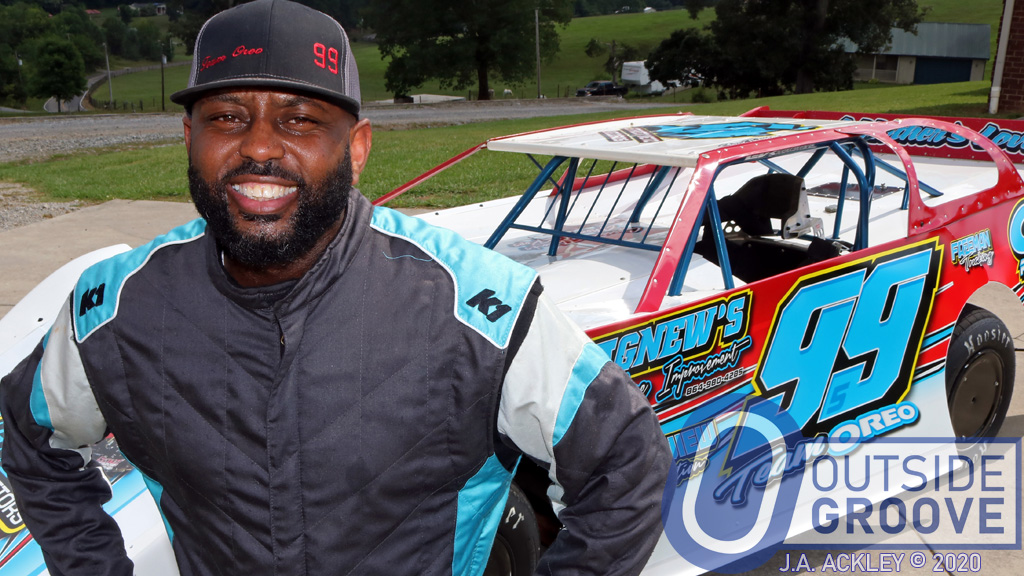 Shun Thomas, better known as “Oreo” to his fans, shared his experience as an African American dirt-track racer with the Outside Groove earlier this year (see “African American Perspectives on Short-Track Racing”). Despite an upbringing in absolute poverty, Thomas overcame it. With ambition and a magnetic personality, Thomas moved up the ranks, from mini stocks to the late model sportsman class and then to most recently crate late models. This weekend, Thomas plans to make his super late model debut in the Drydene Xtreme DIRTcar Series event at Lavonia Speedway in Georgia.

“It’s a dream come true,” said Thomas, of Calhoun, Georgia. “As a child, I said one day I want to run a super late model, contend on a series such as Lucas Oil or World of Outlaws. I’m fortunate enough to attend a Drydene race. I never thought that would ever happen — but it’s happening.”

“I had a couple of people ask me to help [Thomas],” said Duplissey, of Chattanooga, Tennessee. “They [told me] he had talent. I watched — he does have talent.”

Thomas impressed Duplissey with his attitude.

“People are drawn to him — he has an amazing energy,” Duplissey said. “I talked with him, and he went on about wanting to be the first Black guy to drive a super car. I like the young man. We got to do something to help the sport, to get minorities in.”

“He did real good — and he listened,” said Duplissey. “He adapted to [the super late model] well.”

Shun Thomas has endured through many peaks and valleys in his life. On the same day he turned his first laps with a super late model, his infant daughter, Trinity Ra’elle, passed away. Fraught with complications stemming from a cytomegalovirus (CMV) infection in utero, she lived to only four months old. While her time on Earth was brief, it made an lasting impression on Thomas. With a heavy heart, Thomas will be racing in her memory at Lavonia.

“My purpose to race now is my little girl,” Thomas said. “She showed me what fight is. I got my daughter watching me now. I’m not accepting anything less than making the show. So, we’re going to make the show. And, we’re going to put on a show.”