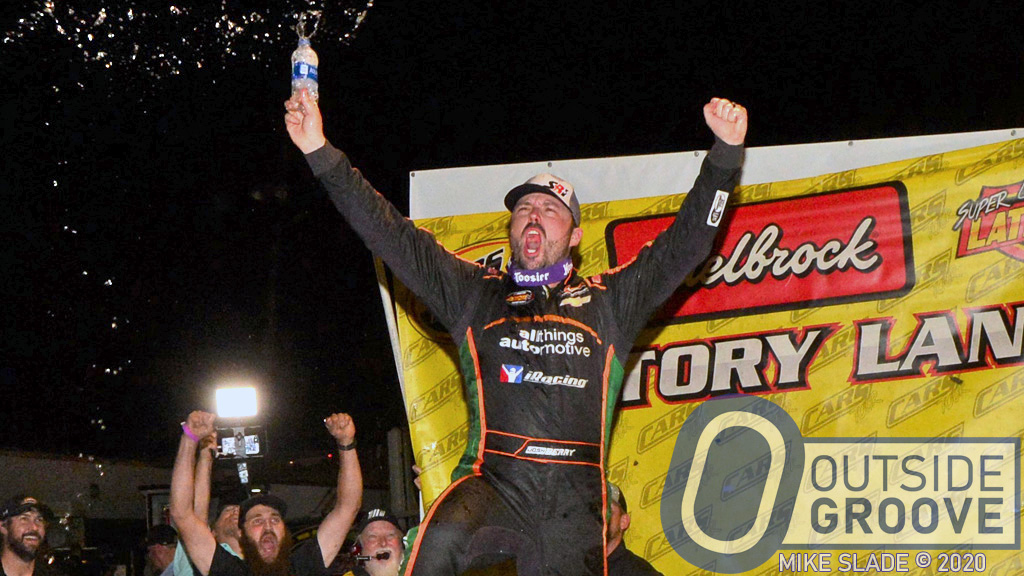 Pent-up emotions burst from Josh Berry as he emerged from his car in victory lane. Sure, the late model stock car driver for JR Motorsports just won $30,000 for the CARS Late Model Stock Tour’s Old North State Nationals at Greenville-Pickens Speedway in Easley, South Carolina. However, that was just the icing on the cake of one incredible week.

On Tuesday NASCAR informed Berry he won the NASCAR Advance Auto Parts Weekly Series Division I national championship. With 24 wins in 2020, he only finished out of the top 10 one time in 37 features.

“We decided we would go for the championship at the start of the season,” Berry, originally from Hendersonville, Tennessee, said. “We accomplished that goal after winning at Hickory Motor Speedway [in Newton, North Carolina] and Southern National Motorsports Park [in Lucama, North Carolina].”

Then came a blockbuster offer on Thursday.

“We were doing some media stuff — Dale was with me,” said Berry. “After we finished what we were doing, Dale and the JR team told me that had something special to tell me. They caught me completely off guard. They told me they were going to give me an opportunity to drive their car in the Xfinity Series next year.”

Berry will drive the No. 8 in 12 NASCAR Xfinity Series races in the first half of 2021. Sam Mayer will drive the car in the second half after he turns 18.

“The offer had just popped up in conversation,” Berry said. “There must have been some internal discussion about me driving the No. 8. I had no clue, but of course I went with it.”

Josh Berry took some time off in his Mooresville, North Carolina, home this week to be with his wife Ginny, and their 10-month-old daughter, Mackenzie Grace Berry.

“The amount of success we attained in the last two seasons is a difference maker on getting to drive in the Xfinity Series,” Berry said. “I’m still trying to process everything — the last seven days have been really exciting. All that built-up excitement showed in victory lane at Greenville-Pickens.”