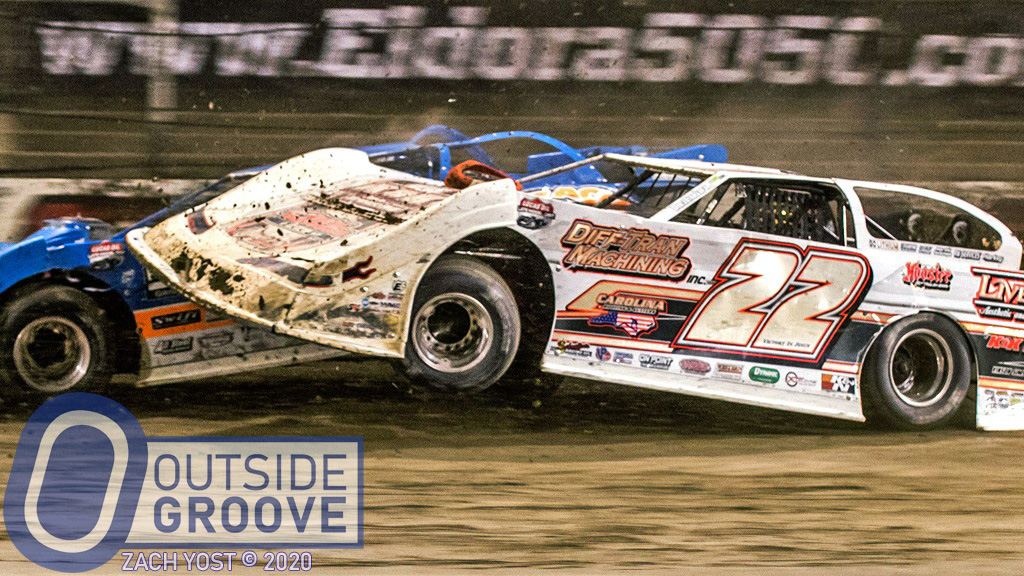 The Intercontinental Classic sounds as fitting for a professional wrestling pay-per-view events as a race. Ohio’s Eldora Speedway late model invitational pitted some of the sport’s best to compete for $50,000 to win. Two racers with nicknames befitting wrestlers, Chris Ferguson, aka “Fergy Time,” and Kyle “The Killer” Bronson, tangled during a Thursday preliminary feature.

“Kyle Bronson and I were coming into the fastest part of the track — leaving turn four — when he blew a tire, and headed for the wall,” Ferguson, 30, of Charlotte, North Carolina, said. “I saw him slowing at the last second. My right-front wheel hopped his left-rear wheel.”

The incident threw Ferguson against the ropes. After the accident, Ferguson pulled off and did not finish the race. Ferguson, a sales manager at Butlerbuilt, was unhurt. The car, however, needed some work. Aerodynamics play a vital role at a track producing exceptionally fast speeds such as at Eldora. Ferguson and his crew went into bodybuilding mode, rebuilding the right side and rear deck of the car.

Ferguson knew that while he was behind the eight ball, Eldora’s qualifying system of passing points would still permit him to make the feature on Saturday. On Friday, Ferguson finished fourth in his preliminary feature. On Saturday, starting fourth in the fourth heat, he won that race, which placed him on the pole for the main. Ferguson finished the 67-lap feature fifth, behind Dennis Erb Jr., Shannon Babb, Tim McCreadie, and Jonathan Davenport.

Chris Ferguson first ventured to Eldora in 2009. He has earned top-fives in two of the track’s marquee late model events — The Dream and The World. The storied track remains one of his favorites.

“The main attraction of Eldora is speed,” said Ferguson. “It’s one of the fastest tracks in the country — bowl-shaped, with corners wide and banked. You never slow down. And, it has gotten faster.”