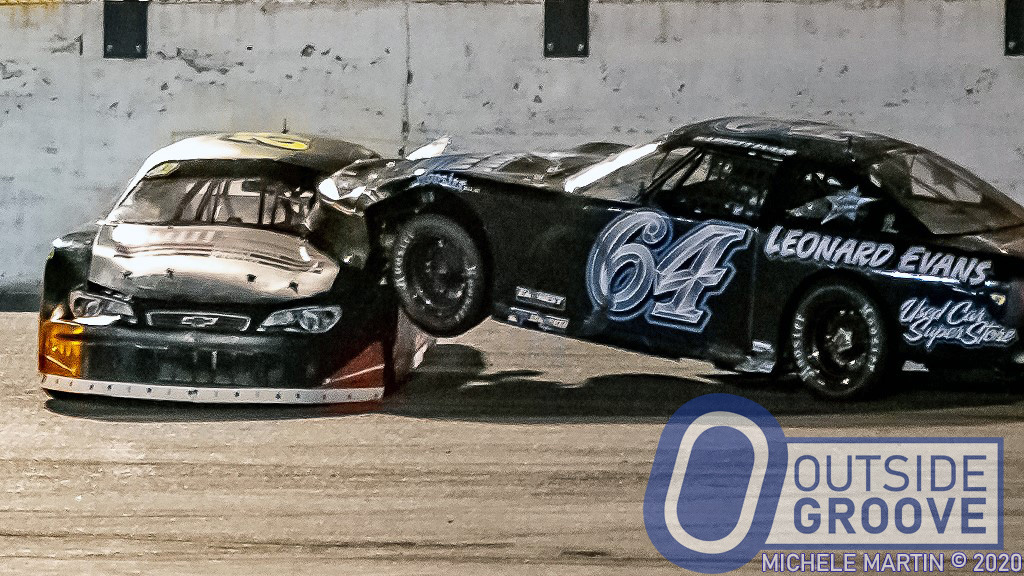 The year keeps getting stranger, including for seasoned racer Garrett Evans. Evans’s late model (No. 64) climbed atop the car driven by Garrett Huffines during the second segment of the Idaho 200 at Stateline Speedway in Post Falls, Idaho. The incident epitomized the peculiarity of the 2020 season.

“Coming into turn three, Huffines’s back end slid up just a bit,” Evans, 64, of East Wenatchee, Washington, said. “I was under his door. The next thing I knew, I was looking at the sky. It was the strangest thing I’ve experienced in 42 years of racing. I don’t know how it happened. I think my right front and his left front tires touched, and it lifted my car.”

Evans did not continue after the accident.

“We bent a spindle, and broke an A-arm,” said Evans. “The worst thing was the amount of body damage done to both cars by the wreckers. The track didn’t have a boom. They dragged the cars apart.”

Evans is known in pavement late model circles from coast-to-coast, in the U.S. and Canada. He earned much of his reputation while racing in the now-defunct NASCAR Northwest Tour. In that series he won the most championships (four — 1985, ’89, ’94, ’00) and most races (49). Over the course of his career he’s racked up more than 350 feature wins.

Another reason for Evans’s prominence results from him often crisscrossing the continent. You’re nearly as likely to find Evans at a track on the East Coast as one in his native Northwest. For example, he’ll make a four-day trip later this month to race the Oxford 250 at Oxford Plains Speedway in Maine.

In the twilight of his career, Garrett Evans planned to retire after the 2020 season. However, he’s having second thoughts.

“The season’s cancellations and rescheduling has me thinking about one more year,” Evans said. “I’m having fun working with [chassis builder] Terry [Senneker], trying new things and learning. I might race through 2021.” 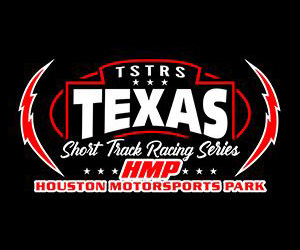