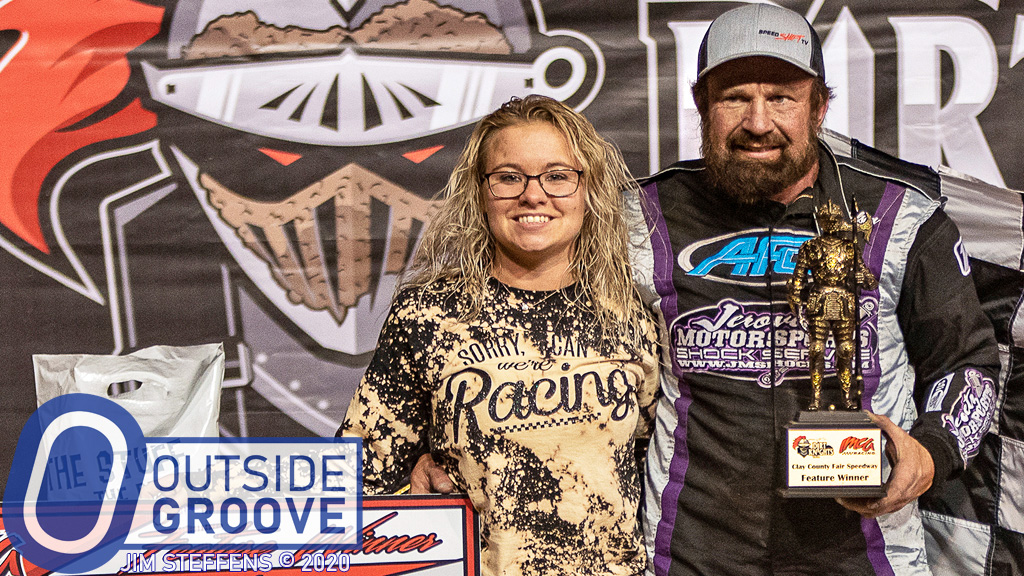 Chris Abelson can once again smile with joy in victory lane rather than grimacing from pain. Abelson, pictured here with his girlfriend, Paige Blum, recently won the Dirt Knights IMCA Modified Tour event at Clay County Fair Speedway in Spencer, Iowa. Over a year ago, he couldn’t even lift his leg to get into a race car. He needed hip replacement.

“I never had surgery in my life, and I was scared to death of it,” said Abelson, 48, of Sioux City, Iowa. “I couldn’t bite the bullet, so I endured the pain. My doctor said I needed surgery, and I’d be back in six weeks, six months, or six years — whenever it hurt bad enough.”

“I was miserable and irritable before the surgery,” Abelson said. “Nothing was fun anymore. Now, I have a new outlook on life.”

That outlook was evident at Clay County Fair Speedway. Abelson ran the top of the track while rival Kelly Shryock battled him on the inside.

“There was a cushion up at the wall and I found some moisture,” said Abelson. “The cushion kept getting closer and closer to the wall. I had to negotiate it just right to keep the lead. [The cushion] was going away by the end of the race, and Kelly was coming on strong at the bottom of the track. If we had a caution late in the race, I would have been a sitting duck for him.”

Chris Abelson bested Shryock and a talented field of 40 cars from nine states. The victory was his ninth of the season. Abelson regrets not conquering his fear sooner.

“The surgery went so easy and I recovered so well,” Abelson said. “I’m mad at myself for not having it done earlier.” 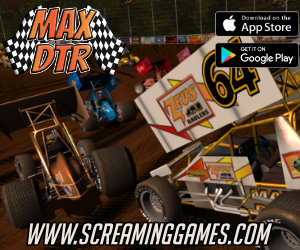