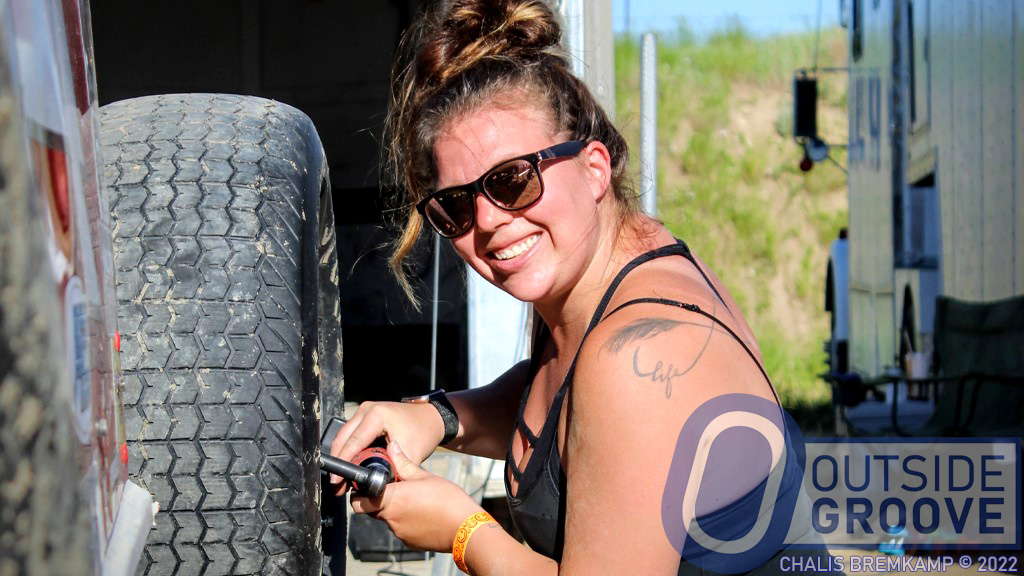 Sarah Nash has spent the past five years as crew chief on the WISSOTA Midwest modified her younger brother, Ryan Nash, drives. Now she hopes to get behind the wheel of a race car.

“My brother said to me, ‘You put in all the work. It’s your car. Why aren’t you racing it?’ said Sarah, of Billings, Montana. “I said, ‘You are absolutely right. It is time to see if I want to be a driver or a mechanic.’”

Sarah initially got involved in the sport after finding out about Ryan’s “secret life.”

“My brother hid the race car from our parents,” said Sarah. “It was at my uncle Doug Kern’s race shop. One day, I showed up there and found out the big secret. I told him not to worry. I would keep the secret and help him work on the car.”

Since then, Sarah has done just about anything and everything on the car — from setting toe to pulling an engine. Sarah grown to become much more than a mechanic for Ryan.

“Ryan comes off the track, tells me what the car needs to do and I make the changes in setup,” Sarah said. “I bought my brother a GoPro [and] I study what he does when driving. I have it aimed to show the track and his movements in the cockpit.”

Both Sarah and Ryan try to soak up as much knowledge about the sport as possible.

“My brother and I are students of racing,” said Sarah. “Early on, our dad taught us truck maintenance. Then, friend Troy Cepak, who races in the street stock division, taught Ryan and I more. Daniel Nichols, the WISSOTA Midwest mod [driver] has helped, also. Now, I feel there’s nothing I can’t handle.”

Well, can Sarah Nash handle driving, too? She’ll find out next season as she starts her journey as racer at Big Sky Speedway in Billings, Montana.

“Next season will be a test,” Sarah said. “I’ll be driving the car my brother drove last year. We made the decision that it would be smarter for the more experienced driver to move up. We’re building him a modified. I’ll be a rookie in a proven car next year.”

(For more on women racing in the West, read “Ladies of Dirt Team: Women Supporting Women”.)

At least when Sarah gets behind the wheel, she won’t have to keep it secret. Her mother, Kim, and father, Paul, attend the races regularly to cheer on their children. They also take car of Sarah’s children, Zaiden, 9, and Jameson, 4, who are also encouraging Sarah to become a race car driver.