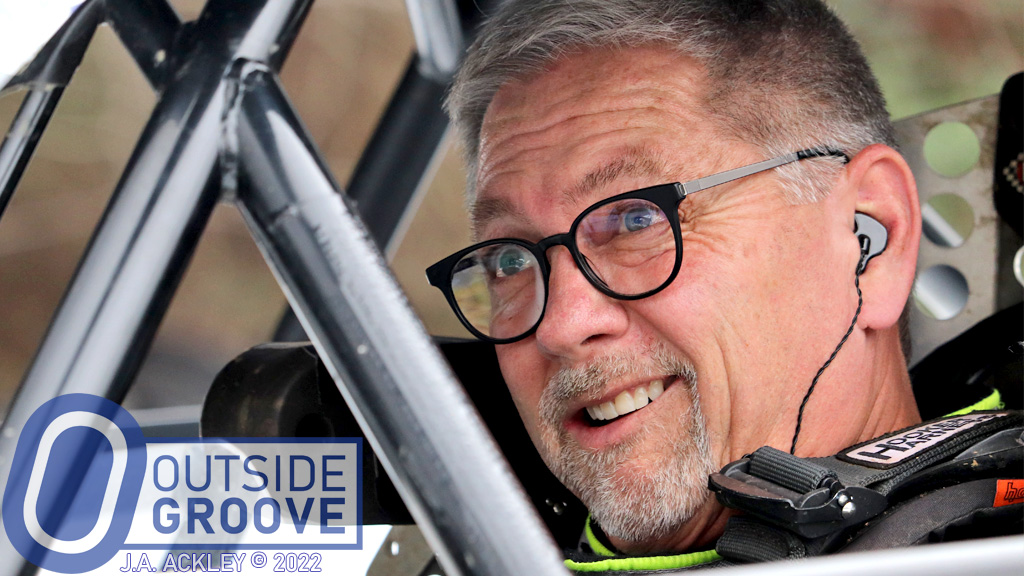 Former national RC car champion Dwight Smith Jr. had an epiphany. That led to him moving into big cars, such as the 604 late model he raced last weekend during The Leftover at 411 Motor Speedway.

“In 2019, I was diagnosed with inoperable throat cancer at the base of my tongue,” said Smith, 63, of La Grange, Kentucky. “For a series of weeks, I did double chemo every Monday and then radiation Monday through Friday. Fortunately, by the time we were done with it, I’m cancer-free.”

“During that period of time, there wasn’t a lot I could do,” Smith said. “I couldn’t talk or swallow — I was eating through a feeding tube. I spent a lot of time reminiscing about life. One of things I’ve always wanted to do is race big cars. I didn’t want to look back and say, ‘I wish I could have done it.’ I looked at how many years I had left, and I said, ‘I still have some time. I’m going for it.’”

“My father was not a racer, but he was a fan,” said Smith. “He took me to the very first Daytona 500 — I was six months old. I’ve been racing something all my life — slot cars, soapbox derby, motorcycles. I got several national championships for radio control cars.”

Besides a few years in autocross, Smith never ran full-size cars. That’s until he connected with Chris Workman and they built an Affordable Ford (aka a Crown Victoria) to race at Sportsdrome Speedway in Jeffersonville, Indiana. At age 62, Smith begun racing. Soon after, he opted to go dirt racing and bought a late model, and he hasn’t looked back.

For those who wish to get behind the wheel of a race car, Dwight Smith Jr. has a few words for you.

“I haven’t regretted it one bit,” said Smith. “Look at Vern Lefevers. He’s 84 years old and still doing it. I tell him that he is my inspiration.