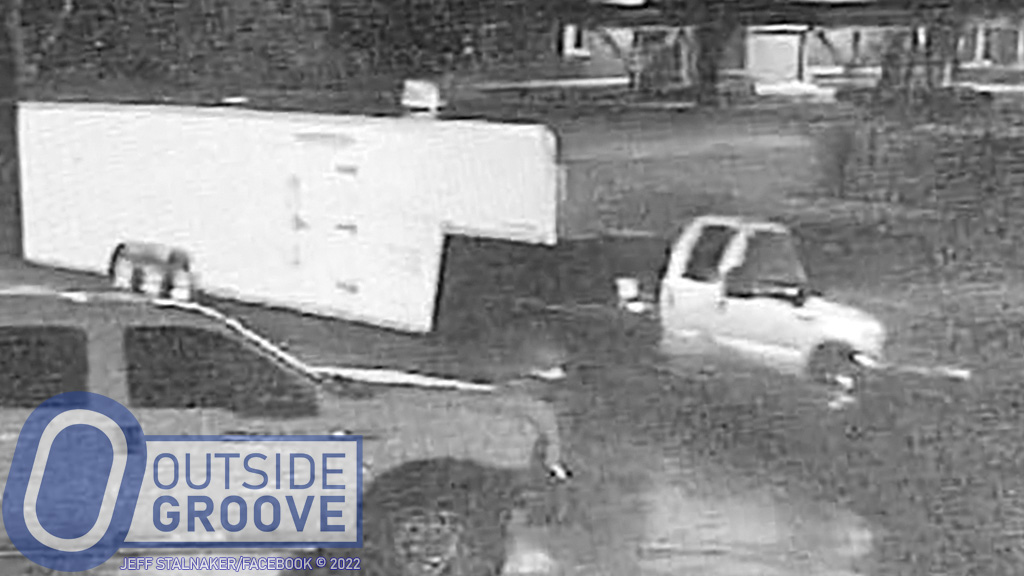 Be on the lookout for a white 44′ gooseneck trailer that was recently stolen from the Ocala, Florida, shop of Jeff Stalnaker Jr. Stalnaker is offering a $5,000 reward for information that leads to the recovery of the trailer.

“There’s probably $75,000 worth of tools, equipment and parts,” said Stalnaker.

With Hurricane Ian rolling through central Florida, Stalnaker parked the trailer with its cars inside and gave the team time off throughout the week. Fortunately, the hurricane spared the area where Stalnaker calls home. Unfortunately, when they visited the shop this morning, they found that the trailer was gone.

“The truck [that the thieves] had was their truck that they backed up to the trailer,” Stalnaker said, referencing the surveillance cameras that caught the suspects driving away with the trailer at 6:30-6:45 a.m. on Thursday, September 29.

Jeff Stalnaker Jr. has raced for 24 years, primarily in the Southeast. He’s won his fair share of championships and races, too. Lately, Ivedent Lloyd Jr. has been driving his street stock. He won with it this past weekend at All-Tech Raceway in Lake City, Florida.

Stalnaker hopes to find the trailer and his cars soon. He didn’t have plans to race this weekend but hoped to return to All-Tech Raceway to race next week.

Stalnaker is offering a $5,000 reward for information that leads to the recovery of his trailer and the race cars inside. If you have any information that could help, he urges you to call or text him at 352-207-7284.