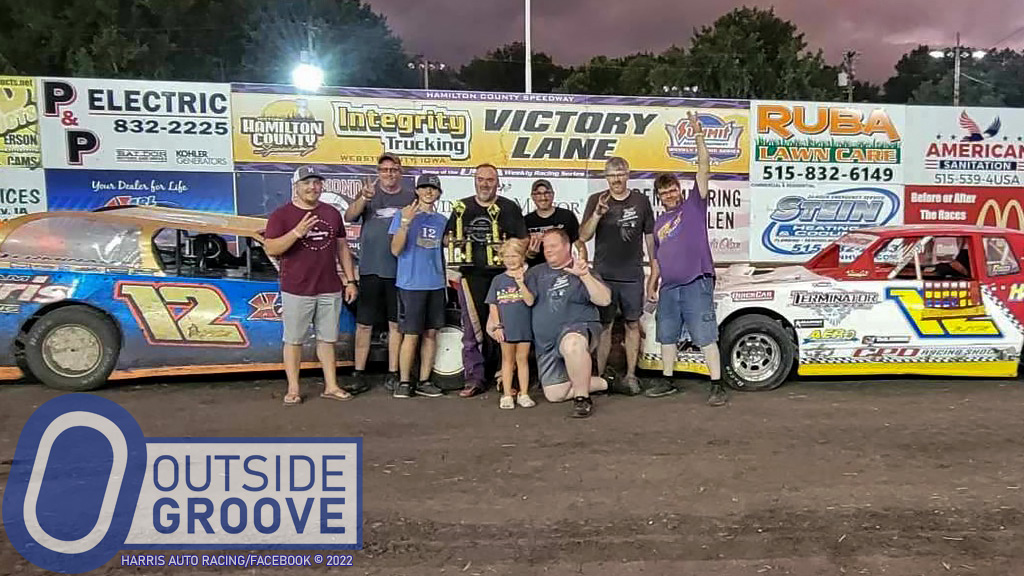 On Saturday, August 6, Mark Elliott secured wins No. 299 and 300. He reached the milestone on the day before the two-year anniversary of the passing of his father. It also came on the eve of when Elliott won his 199th and 200th features more than a decade ago. On both milestone nights he won in stock cars and modifieds at Hamilton County Speedway in Webster City, Iowa.

“The difference was that Dad was there when I hit 200 wins,” Elliott, 57, of Webster City, Iowa, said. “He was excited, happy, and proud that night.”

Elliott’s career in full-sized race cars dates to 1988, and includes stints in stock cars, modifieds, hobby stocks, and trucks. He works in the race industry, too, for Harris Auto Racing. However, last weekend’s win hit a bit differently.

“When they raised the green and checkered [flags], I thought about it hard,” said Elliott. “My dad wasn’t going to be there in victory lane. For the first time, I got emotional in my race car.”

Harold Elliott raised two sons in racing — Mark and his brother, Greg. Two years ago, Harold saw Mark win for the last time. Later that week, Harold passed unexpectedly on August 7, 2020, the day after he visited a doctor, who gave him a clean bill of health.

“My dad saved our lives,” Elliott said. “Our parents divorced when I was five. My mother had custody of my brother and me. My dad worked hard in construction, and one day he showed up with a model car he built. He took a model car of Bobby Allison’s Monte Carlo, which was red and gold, and he painted it blue and gold. He also bought us go-karts, and we started racing every weekend.

“I kept that [model] car in the box as a symbol for him saving us from going down the wrong path in life. He cared for us and showed us good family values.”

To this day, Mark Elliott carries a No. 12 and a paint scheme like the one on the model car given to him by his father. Perhaps, that way a bit of his father’s legacy continues on, every time Elliott hits the racetrack.