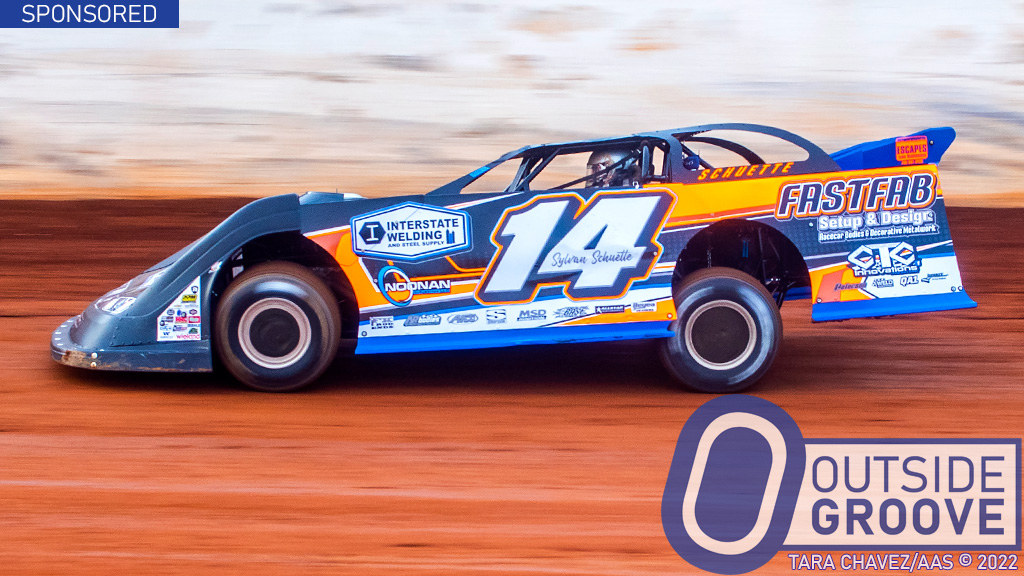 Many recognize Sylvan Schuette as that super-friendly driver who frequents races in the American All-Star Series Presented by PPM Racing Products. However, dig deeper beneath that amicable demeanor, and you get an interesting individual. He has working knowledge of 11 languages, steers a Train, and hails from a town boasting of a national champion. Let us explain.

Schuette will finish his bachelor’s degree in cybersecurity this December at the University of North Georgia. His education includes knowledge of 11 programming languages, with fluency in several.

“Being in cybersecurity, it’s not something that really comes up in racing conversations,” the 21-year-old Schuette said.

Speaking of racing, Schuette steers a brand-new Train. No, not a locomotive, but instead the brand Train by CTC Innovations out of Lavonia, Georgia.

“In my eight years of racing [late models], it’s the best car I had to drive,” said Schuette. “I like the responsiveness of the chassis builder to any questions we have. We can call Benji [Cole, owner of CTC Innovations] during the night at the track and ask him what he thinks should be done. We can shoot notes back and forth. It helps him as a chassis builder and helps me as a driver.”

Speaking of drivers, Schuette has a few wins under his belt, including a victory at North Georgia Speedway in Chatsworth this season. Winning must be in the water of his hometown of Blairsville, Georgia, which he shares with three-time Lucas Oil Late Model Dirt Series champ, Jonathan Davenport.

“I like to call myself the ‘second-best driver out of Blairsville,’” Schuette said. [Davenport] used to live right down the road from us.”

Sylvan Schuette hopes that this weekend may be when he breaks into victory lane for the American All-Star Series Presented by PPM Racing Products. On Friday, August 12, the tour heads to Crossville Speedway in Tennessee. Then, they’ll conclude the doubleheader with a show on Saturday, August 13, at I-75 Raceway outside of Sweetwater, Tennessee.