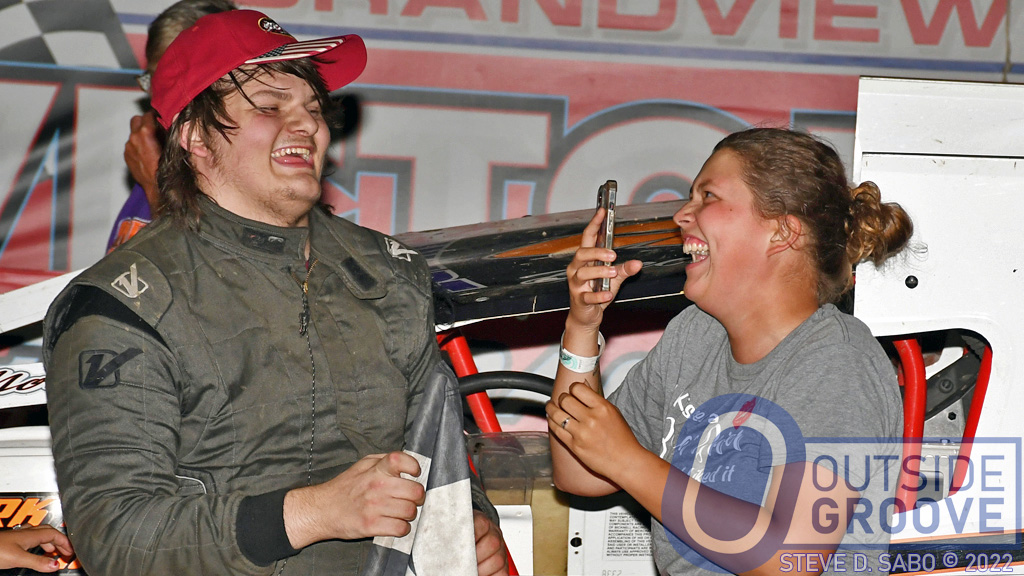 After Decker Swinehart won, his older brother, Dylan, rushed to congratulate him. Dylan’s girlfriend, Lydia Santiago, followed along, making sure to document the occasion with photos. The Swinehart crew understands how hard victories can be to come by. This win occurred in the sportsman class last Saturday at Grandview Speedway in Bechtelsville, Pennsylvania.

“Lydia and Dylan were just as excited as I was about winning the feature,” said Decker, 19, of Fleetwood, Pennsylvania. “. “As I was headed for the checkered flag, I began yelling ‘Heck, Yah!’ to myself in the car. Dylan and Lydia ran to victory lane to be the first to tell me I did a great job.”

Last weekend’s triumph marked Decker’s second victory of the year. However, this season hasn’t been easy. Decker totaled a car on April 30. His family helped him find another car to get him back on track. (For more on the Swinehart family, read “Dylan Swinehart: Racing Grandpa and Family”.)

In July, Decker said the car did not perform as it should. On Saturday, it seemed like he resolved those issues. Decker started sixth, took the lead on a restart past halfway, and never looked back. The win ended a streak of bad luck for the Swinehart brothers.

“The problem with my car was the headers,” Decker said. “We were struggling since our first win [on June 25]. Then, we picked up a set of new headers from Henry’s Headers, and it made all the difference.  Dylan is not so lucky yet. He keeps blowing motors in his modified — he’s gone through four this season.”

Decker Swinehart sits 13th in the point standings. However, with the monkey off his back, Decker feels he can finish the season on a high note.

“Now that we resolved the problem with new headers, we are hoping for more wins,” said Decker. “There are just six races left this year.”