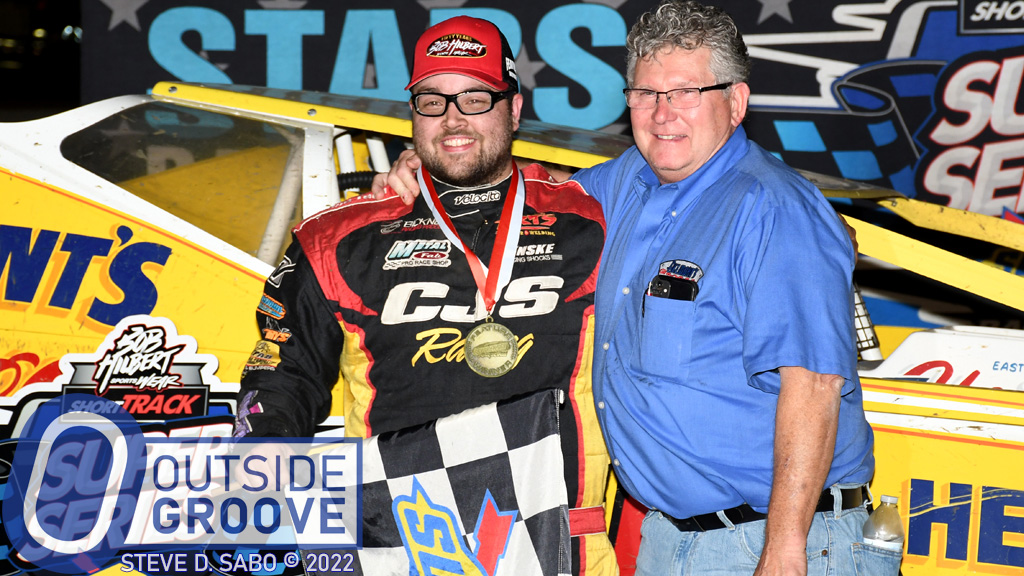 Sportsman driver Joe Toth races for former ARCA Menards Series driver Andy Belmont when not in his own car. The successful pairing has roots dating back much farther than Toth’s 21 years on Earth.

“My father and Joe’s grandfather [Bill Tanner] and great uncle [Jake Tanner] worked on the same modifieds back in the 1960s,” Belmont, 64, of Langhorne, Pennsylvania, said.

Belmont started on dirt but moved to pavement. While he has 12 NASCAR Cup Series starts, he’s best known for his time in the ARCA Menards Series. He competed on that circuit from 1994 to 2007, making 184 starts. He never won a race, but finished second four times.

After his stint in ARCA came to a close, he returned to dirt. He fielded three sportsman modifieds for his sons Andrew, Kyle, and Brett. However, as they grew older, their jobs took them away from racing for their father.

“I was sitting here with all these cars,” said Belmont. “I’m a racer, and I want my cars to race. Joe was working for me, maintaining the cars. He also won in everything he sat in, from .25 midgets, to slingshots, to his own crate sportsman.”

Toth first drove one of Belmont’s cars in 2019, when Kyle went to work at Team Penske. The following year, Toth borrowed a car from Belmont for a Short Track Super Series event, as well as an engine that season. In 2021, Toth received a birthday present from Belmont.

“I asked Andy to take Brett’s car to Georgetown Speedway [in Delaware],” Toth, of Upper Makefield, Pennsylvania, said. “It was my birthday, and I finished second. Ever since that day, I’ve been driving for Andy in the Short Track Super Series.”

Belmont saw not only the potential Toth had, but also his desire.

“The most impressive thing about Joe is there is a fire in his belly when it comes to racing,” said Belmont. “He works at Jones Racing Products all day, has a 20-minute dinner, and then he’s in the shop, working on the cars until past midnight, every day. It’s not just driving talent that makes him successful — it’s the intensity level he has in the shop.”

On Tuesday, Joe Toth made a rare appearance at Grandview Speedway in Bechtelsville, Pennsylvania. His performance once again confirmed why Andy Belmont selected him as a driver.

“He got beaten in the heat race, and immediately got to work on the car,” Belmont said. “In the feature, he went from the back to the front, without touching another car. I was so excited. Joe is like one of my kids. When he’s on the track, he does [things] I never could do.”