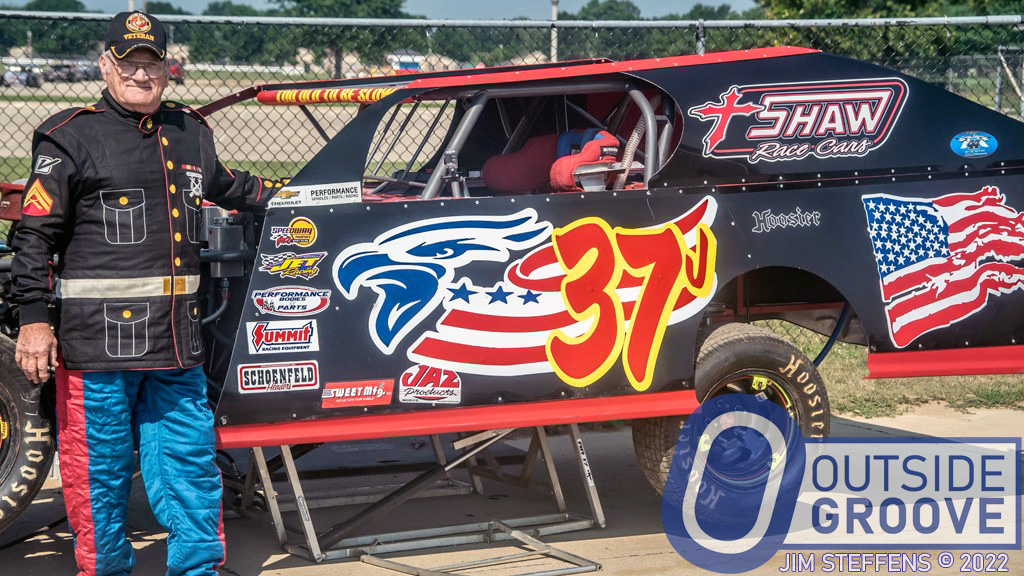 Decorated U.S. marine veteran Pappie Leonard drove more than 600 miles, from Arkansas to Iowa, to participate in this week’s annual Hunting with Heroes Salute to Veterans three-race tour. (For more on the series, read “Salute to Veterans: Three-Race Series This Week”.)

Leonard, a master gunnery sergeant, served for 21-½ years. During his time, he did six tours in Vietnam. Leonard is a five-time Purple Heart and three-time Bronze Star recipient.

“This is such a special event,” said Pappie’s daughter, Dee Leonard. “All four of my dad’s children are here, working on his pit crew. The reception was phenomenal. I was filled with emotion when I saw how everyone was treating my dad, making him feel so special.”

In addition to Dee, Shelby, Rita and Tim also witnessed the appreciation for their father.

“For people to finally say thank you for your service is amazing,” Pappie, 75, of Ravenden, Arkansas, said. “To me it is so rewarding to see kids, young adults, adults, and senior citizens all being thankful to those who served in the military. Being a veteran, this event is very special.”

The series opened on Wednesday, July 20, at Clay County Fair Speedway in Spencer, Iowa. There, Pappie raced his IMCA modified and shared stories with other veterans.

“I’m here for the fans,” said Pappie. “It is important for the fans to show patriotism and appreciation for living in a country where people are free. I run with the flag and eagles on my car every week.”

The Iowa-based tour moves to Kossuth County Speedway tonight, Thursday, July 21. It then concludes at Boone Speedway on Saturday, July 23.

“We’re looking forward to the big barbecue at Boone Speedway,” Pappie Leonard said. “We’ve only been here one day and the trip has been well worth it. There have been so many thank yous and so many veterans to share life experiences with.”