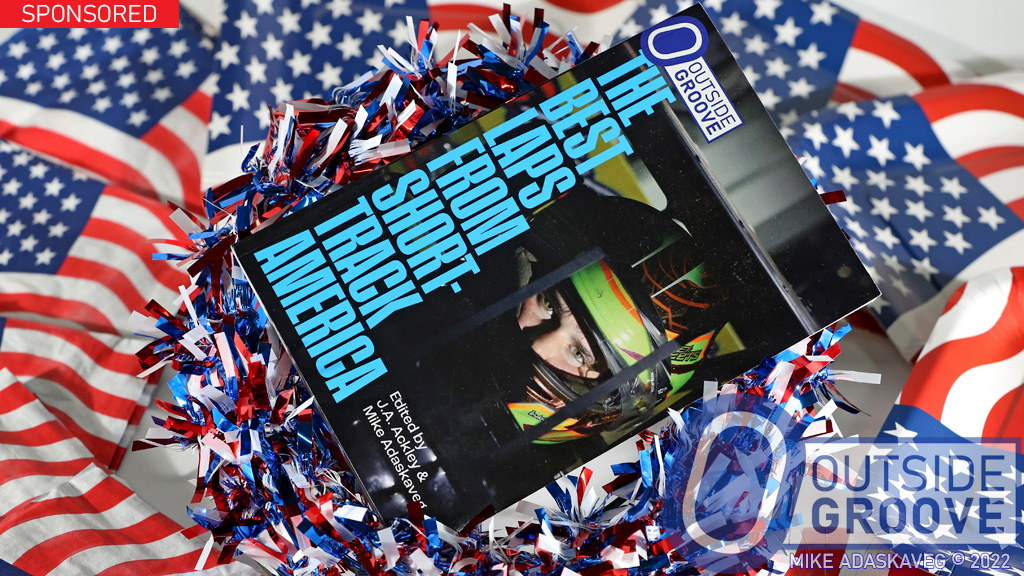 The 152-page Outside Groove book opens with the words of seasoned sages. Those names include some of the top drivers in the sport, including Kenny Wallace, Mark Noble, and Kelly Shryock. Then it proceeds to highlighting some of the up-and-coming talent, such as Carson Ferguson, Taylor Kuehl, and Dallon Murty.

The “Wild Wrecks” section tells the story behind some of the most memorable recent crashes. It offers accounts straight from the cockpit. Dramatic photography illustrates the section, which features the escape of Dustin Mooneyham from an upside-down late model and Tom Eller flying through the air in his sprint car, unrestrained and unconscious.

Fan favorites get their section, too. In an exclusive to the book, competitors of Kyle Larson offer their perspective on what makes him so good. Other stories feature Austen Becerra, Scott Bloomquist, and Zane DeVilbiss.

The book does not limit its attention to drivers only. Stories feature a priest to racers such as Bobby Allison and Kurt Busch, Father Dale Grubba. It also tells the background behind the well-known tow truck team, The Hook.

The authors do not shy away from hot topics, such as African American perspectives and crate engine and tire shortages.

Lastly, the book takes readers behind the scenes of the production of the movie “Lady Driver,” the Hav-A-Tampa Dirt Racing Series, and the revitalization of Port Royal Speedway.

“Outside Groove: The Best Laps from Short-Track America” sells for only $19.99, plus $5 shipping (U.S.). You can purchase the book here.