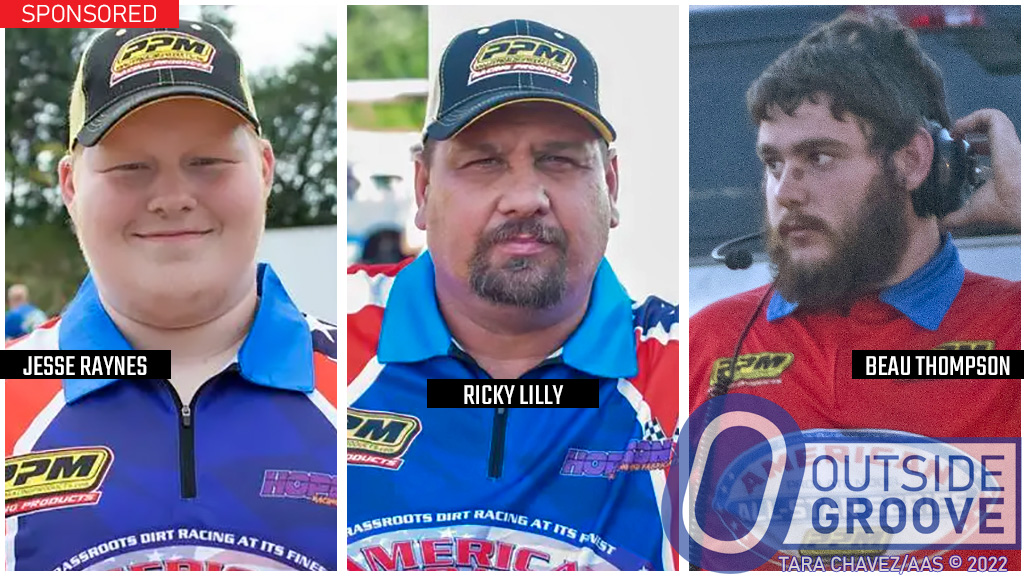 While racers get the spotlight, the unsung heroes of the show are often the officials, such as those at the American All-Star Series. Jesse Raynes, Beau Thompson, and Rick Lilly apply experience behind the wheel to their officiating duties. The other side of the tape, they say, can provide a different perspective on the sport.

Both Raynes and Thompson race in the outlaw street class at Beckley Motor Speedway in West Virginia. Raynes has helped the American All-Stars since its inception in 2019. He works as the tour’s trailer director and as an assistant tech. Raynes said some struggle to understand the root of the cause of an issue.

“Sometimes they take stuff out on us, and it’s out of our hands,” said Raynes, 21, of Dorothy, West Virginia. “Like at Charlotte last year, the event organizers canceled the B-mains. There was nothing we could do.”

Thompson, who has competed in motorsports since last season and started officiating this year for the American All-Stars as an assistant tech. It made him see a side of the sport that he as a driver could not often see from inside his helmet.

“All race car drivers are stubborn,” Thompson, 20, of Lookout, West Virginia, said jokingly. “They’ll say they measured their deck height at the house and say it was right. We’ll be on level ground, and they’ll be four inches too high. However, if you show the drivers respect, they’ll show you respect. We have some of the best people for drivers you could ask for.”

Lilly serves as one of the senior members of the American All-Star Series staff. His racing career dates back to 2002. As the pit boss, Lilly tries to foster respect between him, the staff and the drivers by how he treats people.

“I see things as an official, but I see it as a racer, too,” said Lilly, 48, of Beckley, West Virginia. “I treat the drivers the way I would want to be treated as a racer. If you show them respect, they will show us respect.”

The three down-to-earth racers who help officiate the American All-Star Series Presented by PPM Racing Products will head into a tripleheader this weekend. They start on Friday, July 1, at Beckley Motor Speedway in West Virginia. On Saturday, July 2, the series rolls into Mountain Motorsports Park in Isom, Kentucky. They conclude the whirlwind tour on Sunday, July 3, at Willard Speedway in Kentucky.

A marathon of a weekend will certainly test the mettle of the finest 604 late model racers. However, thanks to Jesse Raynes, Beau Thompson, Rick Lilly and the rest of the American All-Stars team, the tripleheader will run smoothly.