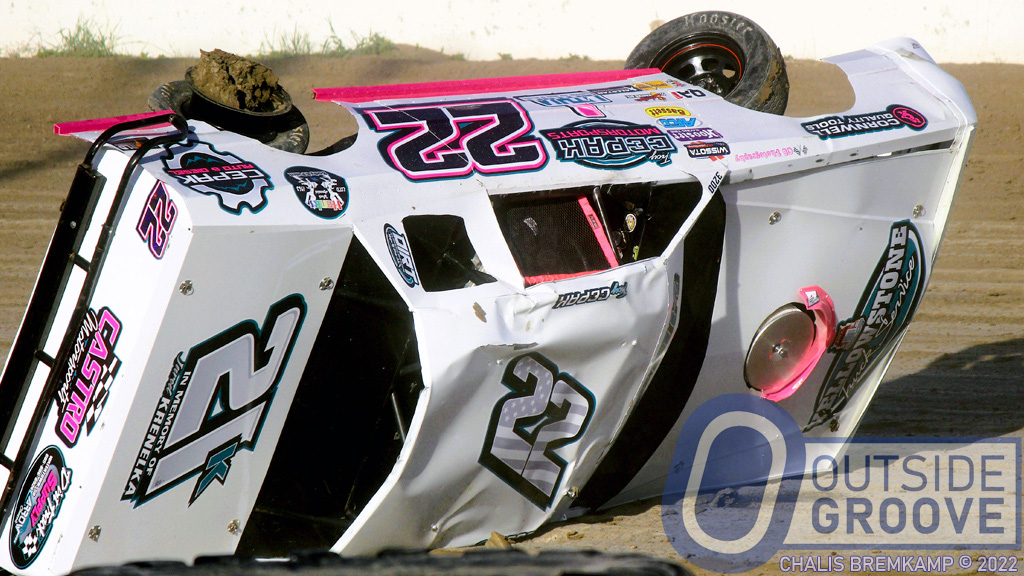 On Sunday, WISSOTA street stock driver Troy Cepak was grateful to emerge uninjured after a heat-race rollover at Sheridan Speedway in Wyoming. His car survived, too. Cepak then started that car at the tail of the feature to finish third.

Driver error begun the sequence of events leading to the rollover, admitted Cepak.

“I came into the turn too hot,” Cepak, 30, of Billings, Montana, said. “My car got loose and came around. I spun into the infield, and then blew a left-rear tire. I slid back onto the track. The rim caught the track [surface] and rolled my car over.”

Cepark sat in a full-containment seat from Ultra Shield Race Products, with a Crow Safety Gear five-point harness. He wore a Zamp Racing helmet and head-and-neck restraint. After the crash, Cepak rose from his car with fists pumping in the air.

“I was excited that I was not hurt,” said Cepak. “You can’t be mad when you crash in racing. Everything is rebuildable. I faced the crowd and showed them I was okay. There was a big crowd on hand and the cheer was pretty loud.”

“The body was roughed up and I needed a new tire — that was it,” Cepak said.

His teammate, Jeremy Castro, helped him get the car in shape for the feature. Cepak started the feature last (11th) and worked his way up to second.

“The track got slick and I lost traction,” said Cepak. “I slipped to third at the finish.”

But, Castro wound up winning the feature. Jeremy Castro and Troy Cepak travel to the races together, with both making a run for the WISSOTA state championship for Montana.

“It was great that he won,” Cepak said. “It would be nice to finish one-two in a couple of championships. The season is young, and we are off to a great start.”