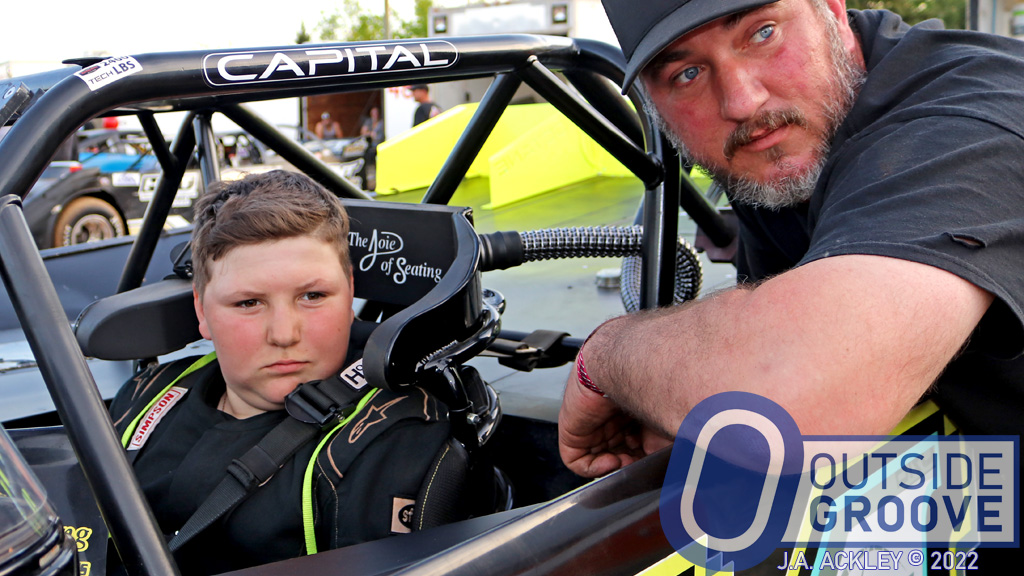 Under the guidance of his father, Brandon Brookshire, Cade Brookshire, 13, races 602 late models. Cade has competed in those cars since age nine. His father put him in a late model after Cade raced go-karts for several years.

Some questioned Brandon putting his son into a full-sized race car.

“I had people think I’m crazy for doing it, including my mother,” Brandon said. “I told my mother, ‘I know him and I know his abilities. He’s not going to jump in over his head and he’s not wild — every move he makes is calculated.’”

The Brookshires took a cautious approach to having Brandon race late models, as did the racetracks, such as their home track, Boyd’s Speedway, in Ringgold, Georgia.

“We had to rent the track and practice on his own to determine if he was ready to race,” said Brandon. “They watched him, and he grew and grew.”

Cade Brookshire took his time getting acclimated to late models.

“The first year, we had a couple third- and fourth-place finishes,” Brandon said. “Then, the next year he won his first race in the beginner class, with the 602 [late model], at 10 years old.”

Now, he runs in the regular 602 late model class.

“His competitors have respect for him, because he races them clean,” said Brandon. “He makes an all-out attempt to race others clean. We don’t run into any ‘he’s a 13-year-old kid, let’s take him out.’”

All in all, Brandon Brookshire believes racing has taught his son valuable life lessons.

“He’s learned more about life, in the short time he’s raced, than you can teach in any classroom,” said Brandon. “Cade’s got good mechanical knowledge, because he works on his own stuff. He’s also learned not to get intimidated because it’s a grown man lined up beside him. He said, ‘Once I’m in the car, we’re all the same size.’”