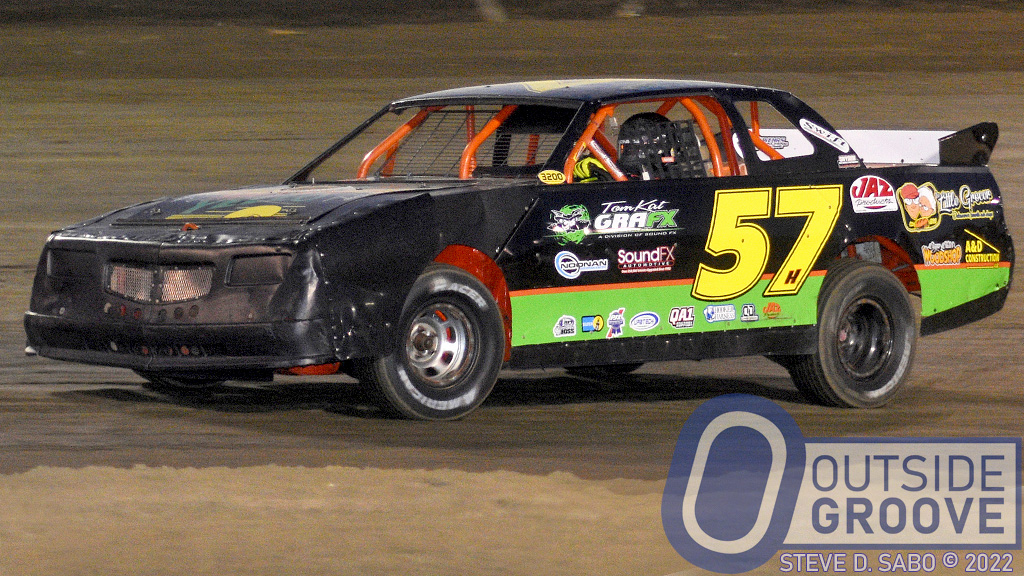 New Jersey’s Bridgeport Motorsports Park offers a $50 bonus to each of the top-two finishers with a throwback scheme. TJ Henry earned that $50 last weekend for his Days of Thunder homage to Cole Trickle (pictured).

“I saw guys do throwback themes on their own, and I saw series created with throwback-themed cars,” Bridgeport Motorsports Park owner and promoter Doug Rose said. “I thought doing this here would be cool for the fans, and a great way for the racers to receive an added bonus.”

“It’s catching on,” said Rose. “I’ve gotten great feedback. Fans are looking forward to seeing what different drivers will come up with. Drivers are sending me photos and ideas and looking for my feedback.”

The throwback schemes do not necessarily need to resemble a particular car to a T. For example, drivers can use their preferred numbers.

“We’re looking for retro colors and design,” Rose said. “I’m just asking that they make the number in the same font as the throwback car was and to make the striping and current sponsor’s lettering to be as close as possible to the look of the throwback era on the car. Darlington Raceway has done a great job of having their throwback cars keep the look while utilizing current sponsors [for their NASCAR throwback weekend event].”

“She loves the movie,” said Henry, of Felton, Delaware. “We joke about going out there and hitting everything but the pace car. We have an old-style garage, something like the old barn in the movie. It’s me, my mom, and my dad, Tim, working on the car.”

“In today’s day and age, $50 is huge for a street stock driver,” Henry said. “It pays for getting one of us in the pits and being able to buy a burger and Coke.”