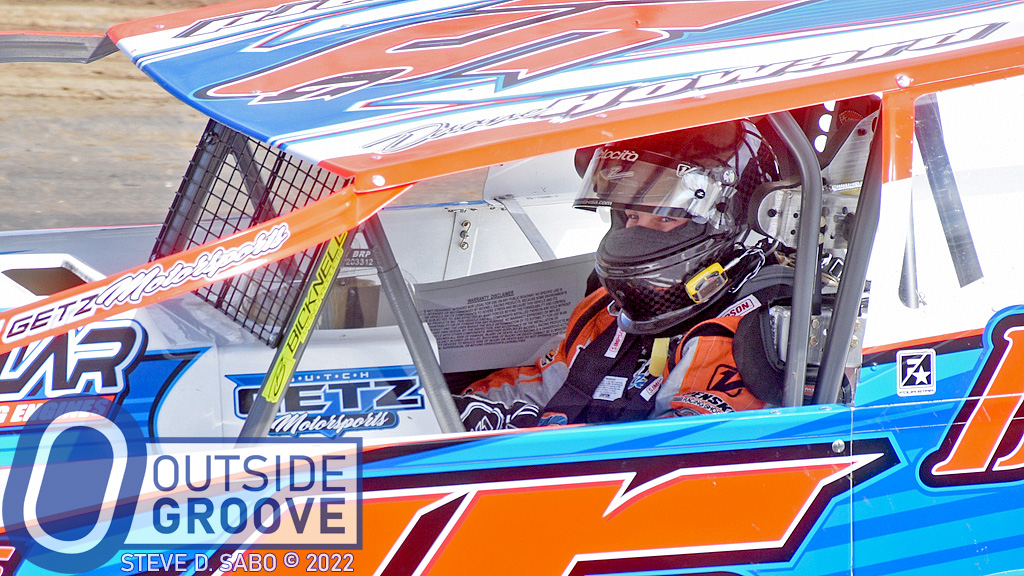 Last Saturday, Danica Getz took her first laps in a modified at Grandview Speedway in Bechtelsville, Pennsylvania. She’s been urging her father, Butch Getz, to allow her to race. Butch fields modifieds for Duane Howard, who has 195 feature wins.

Butch told her daughter she needed to pay her dues. No job was too dirty for Danica. She grooved, grinded, and siped tires for her father. Eventually, Butch allowed Danica to take out one of his modifieds this past weekend. Butch, an accomplished driver in his own right, and Duane Howard both mentored Danica as she made her first laps.

“Duane told me it is better to drive through the middle of the turns and gradually get the feel of the car before I got up on the wheel,” said Danica. “I got a feel of what it is going to be like [to race] when I got out on the track. It was a rush of energy and an awesome feeling.”

“I went to Behrent’s [Performance Warehouse in Florida, New York,] for a session on coils and stacking springs in different ways,” said Getz. “I learned load rates, how to set up the car for the coils, and the basic setups for different chassis brands. The teachers were Jeff Behrent, Larry Wight, and Chuck Schmick.”

Butch bought a new shock dyno and a second spring smasher. Danica Getz will continue learning more about the cars. It remains to be determined when she’ll get her first taste of competition.

“I am being immersed in race car education,” Danica said. “What I learn will help me be able to drive faster. Duane and my dad made me want to proceed in becoming a sportsman driver. [My father is] a little nervous about me being out there. My grandpa, Bob Grammes, is pushing for me, trying to get him to buy a sportsman for me.”