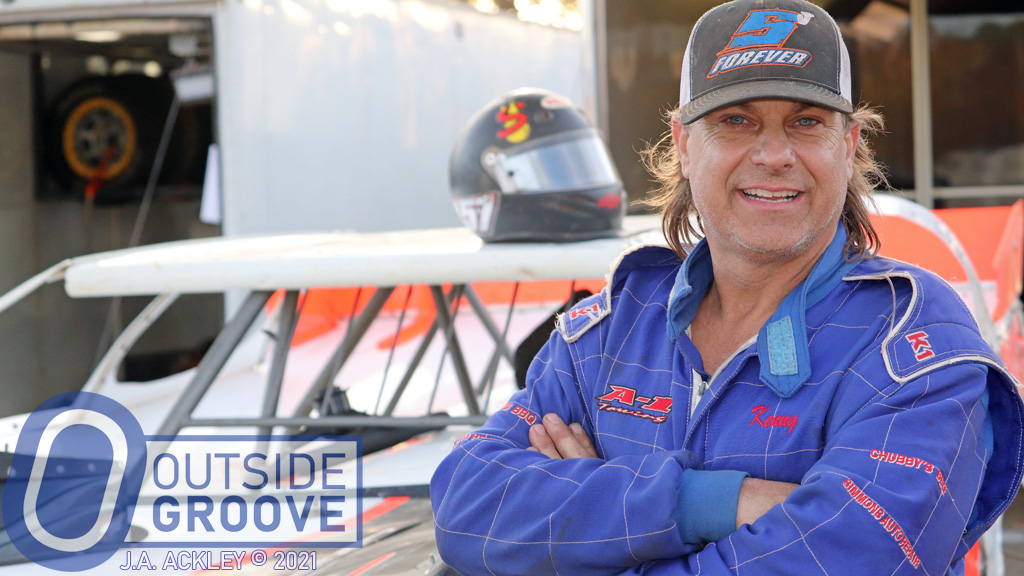 By focusing on consistency, Kenny Kizzar won his first stock car championship, a UCRA (United Championship Racing Alliance) touring title. While he failed to break into victory lane in 2021, Kizzar still savored the accomplishment on his long journey from transitioning from motocross to stock cars.

Kizzar was once a nationally ranked AMA pro motocross rider. He discovered dirt-track racing after a 15-year hiatus from competing on two wheels.

“In 2008, a friend said I should buy a hot shot [aka front-wheel-drive] — maybe I can be another Earnhardt,” Kizzar, 51, of Sale Creek, Tennessee, said. “I did, and in a few seasons, I was dominating the hot shot class.”

Kizzar moved up to late models, first driving for someone else, and then going out on his own three years ago.

“It changed the way I drive,” said Kizzar of racing for himself. “I started being more conservative. When you drive for someone else, you push the envelope. When you become a car owner driving your own car, you think about the fact that it’s your stuff that you might ruin.”

Despite his self-described conservative driving style, he earned himself a UCRA championship. He only had one DNF, when a radiator hose blew, spinning him into the wall at Tazewell Speedway in Tennessee.

“I would have liked a win,” Kizzar, a construction equipment operator, said. “We were right there every weekend, but we just couldn’t pull off a win. We had plenty of seconds and thirds.”

Regardless of how the wins column appears, Kizzar takes pride in his title.

“I feel good that our consistency won the championship,” Kizzar said. “We are always learning how to make our car faster. Our crew of four spends at least 25 hours a week prepping for one or two nights of racing on the weekend.”

Kizzar’s education continues next weekend. He and his team will head to Alabama for a session with the RaceWise Dirt Track Chassis School by Mark Bush.

“We’re still learning about all four corners of the car,” said Kizzar. “Lots of the guys I race with get knowledge from their elders — their daddies and granddaddies raced. I have no prior family members in dirt racing. We got into this cold, and we’re working our way up.”

Kenny Kizzar looks to kick off his new year during the UCRA season opener at the Bama Brawl, hosted by Fort Payne Motor Speedway in Fyffe, Alabama, on February 25–26.

“I wish I had picked late model racing earlier in my career,” Kizzar said. “I could have used the experience I would have gotten.”