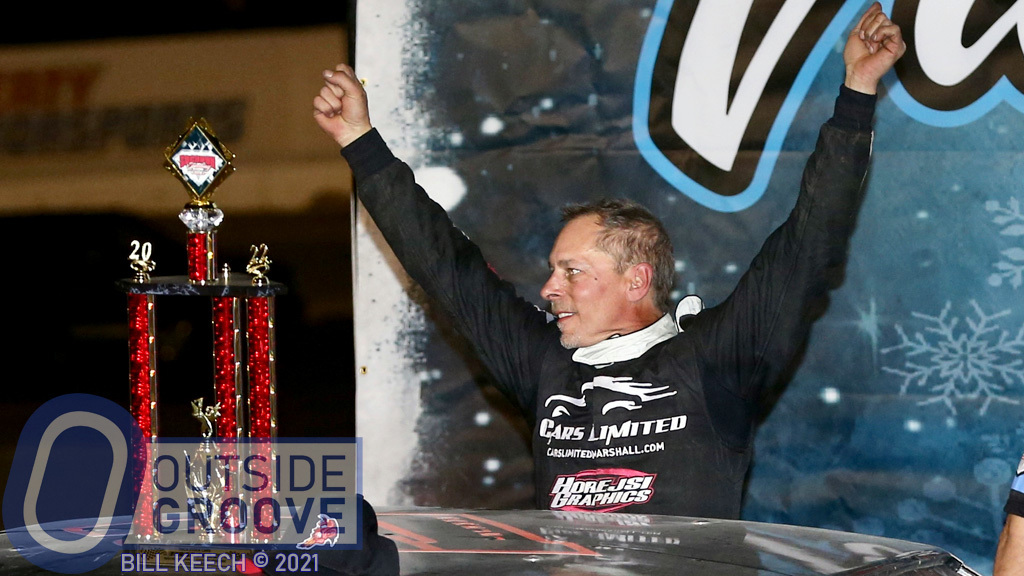 Jim Horejsi competed in his first stock car races since 2002 during the IMCA.TV Winter Nationals at Cocopah Speedway in Somerton, Arizona. So far, he’s batting a perfect 1.000, going for two for two this week.

Horejsi made the 1,700-mile journey to Arizona from his native Marshall, Minnesota — the longest racing trip of his career. His wife, Deb, accompanied him on the trip. Fifty cars attempted to make the field on Wednesday, and 51 entered on Thursday.

“It takes less people to help on a stock car,” said Horejsi on some of the additional reasons he elected to switch divisions. “Besides, the stock cars are a fan favorite in the IMCA. It is the class that is too tough to tame — side-by-side, bumper-to-bumper racing is a blast to drive in. My return to the division has reminded me how much fun it is.”

Jim Horejsi, who owns a used car dealership, typically frequents his local track, Murray County Speedway in Slayton, Minnesota. However, he hopes to continue traveling to different tracks throughout the 2022 season.

“Our plan for the year is to go out and chase trophies,” Horejsi said. “We like to go to places we never have been to before. We have friends everywhere.”

Incidentally, his first stock car win since 2002 came on Wednesday, his 53rd birthday. The next day, his son, Cory, flew in to celebrate his birthday and his father’s that occurred the day before. Horejsi won that night, too.

“Now, if I can find someone with a birthday today, I can win for them tonight,” said Horejsi.