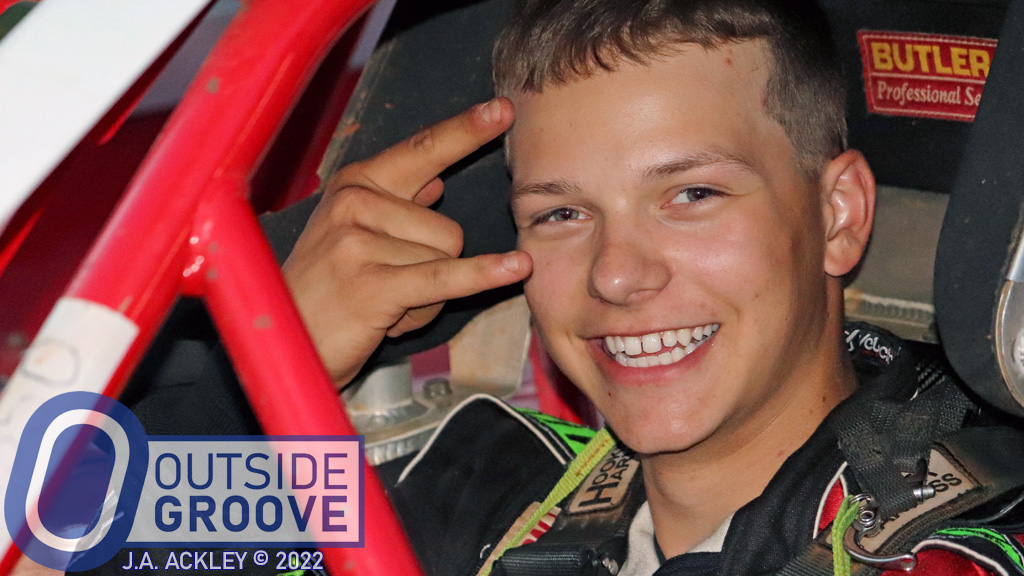 Colton Profitt is earning fans and accolades as he attempts to climb the ladder in racing. Last season, he won 14 features and earned two track championships at a pair of Volunteer State ovals — in steelhead late models at Crossville Speedway and in limited late models at I-75 Raceway near Sweetwater. While Profitt certainly possesses the talent to win, many point to his character as the true source of his success.

“[Colton is] an exceptional 17-year-old when it comes to [being] a person,” said Ronnie Wyatt, who sponsors Profitt through his businesses Wyatt Builders and Creative Kitchens, and puts him in his late model, too, on occasion. “I’m the kind of sponsor who’s not going to be involved with somebody who’s going to embarrass me. He’s very modest in his words. He’s just a good guy.”

Wyatt has known the Profitt family for years. Profitt’s father, Sam, used to race himself.

“One day, me and my dad just started building a [front-wheel-drive] car,” Profitt, of Crossville, Tennessee, said. “I started racing when I was 12, and we never looked back.”

Sam said that his son not only listens to his advice, but puts it into practice. Away from the track, Profitt’s ability to learn quickly helped him graduate early from high school in December.

“I had to take a lot of hard classes, but I had to do what I had to do to get [high school] done,” Profitt said. “[I graduated early so] I can start working and racing as much as I could.”

When Profitt’s not in the shop working on his race car, he’s mowing lawns or taking care of the hay or cows on one of two family farms. Sure, Profitt steers a relatively new 2020 chassis from Capital Race Cars, but it didn’t just come to him.

“We work hard,” said Profitt of his family-owned team. “We’re looking for a super motor so we can hit a few more super events.”

Profitt has already dabbled a bit in supers, finishing second while racing Wyatt’s car in an August weekly show at Clarksville Speedway in Tennessee. Wherever he races, though, Profitt’s quick to flash a smile and greet passersby. However, you’ll rarely hear him speak about the details of the effort that goes into his team or the achievements he’s earned in the sport.

“A lot of racers like to toot their own horn, but you need others to do that,” Wyatt said. “If you perform well, most of the time, your name will get out there.”

People notice. People such as sponsors. And, sponsors such as Ronnie Wyatt certainly recognize the potential of Colton Profitt.

“You got to eat, live, and breathe it,” said Wyatt of what it takes to be successful in the sport. “If he applies his talent and if he wants it, he’s capable of racing in the super late model class. He has considerable talent. As he matures and races more, the sky’s the limit.”