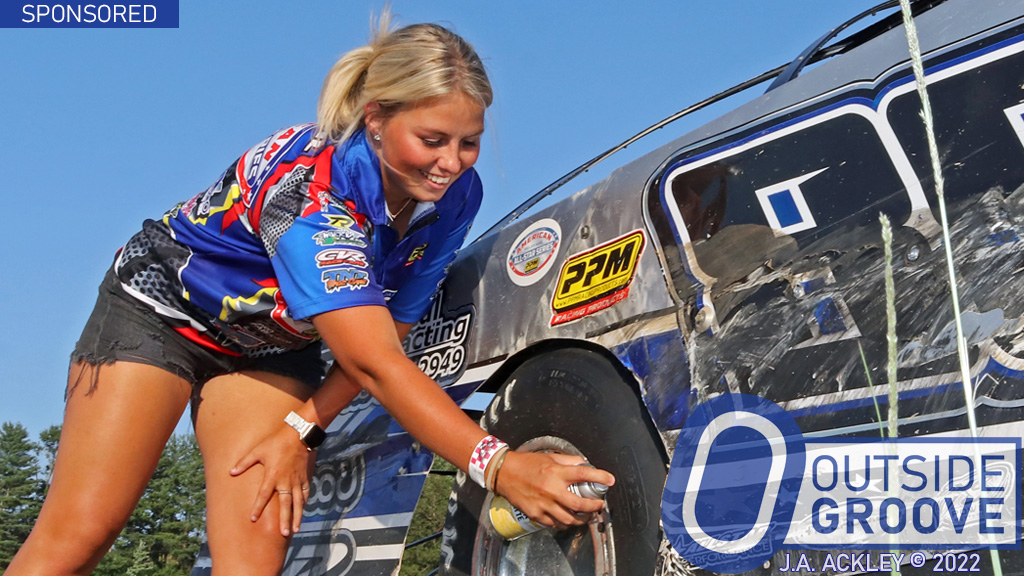 Ally Steadman will help with any task at hand for the American All-Star Series Presented by PPM Racing Products, including marking tires on race day. However, her chief assignment is to spearhead the social media efforts of the series. That includes two new initiatives — a TikTok account and a video podcast.

The social media platform TikTok features short video clips, typically under 15 seconds, posted by its users. It’s a favorite among many members of Generation Z, an age group encompassing teenagers to early twentysomethings.

“There are a lot of dirt racing videos on TikTok,” said Steadman, 23, of Kingsport, Tennessee. “On my personal account, I posted a video of me sending out a car [onto the track, which was driven by] William Blankenship, and it had 92,400 views. I told Joseph [Rush, series director] about it, and he told me, ‘Why don’t you start [a TikTok account] for the series?’”

You can find the series’ new TikTok account under the name, @aasprolatemodels. On it, you can find many of the American All-Star Series drivers having fun, whether it’s the teenaged William Blankenship, who has over 21,000 followers on his own TikTok account, or veteran racers such as Terry Poore.

The American All-Star Series also debuts a new video podcast, “Off the Dirt with Ally and Joe,” tonight, Wednesday, January 12, at 7:30 p.m. Eastern time. Their first guest will be series champion, Logan Roberson. (For more on Roberson, see “Logan Roberson Wins His First Touring Title.”) You can see it live on the series’ accounts on Facebook, Instagram, YouTube, and Twitter.

“We’re trying to reach the younger audience of fans,” Ally Steadman said. “[We want to] get drivers on there, so they can put a face to a car and the name.”

By making an impression, the American All-Star Series Presented by PPM Racing Products hopes they make a fan for life. And, maybe, just maybe, a few of the fans turn into the next generation of drivers that follow the series.