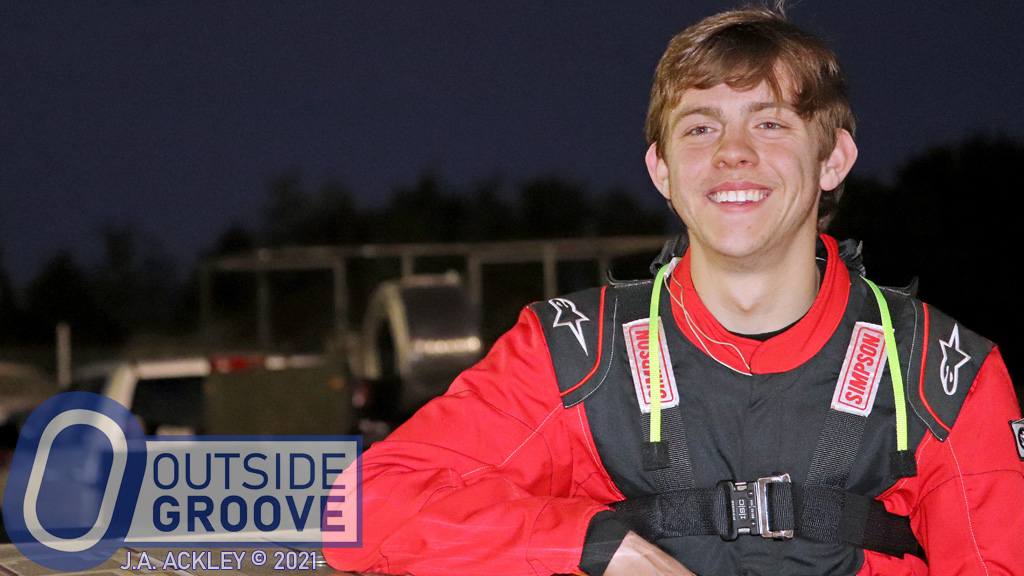 Prior to this season, Dylan Beaver sat behind the wheel of a race car only once, steering it in a practice session. It didn’t take him long to get acclimated. He won the first race he ever competed in. Then, Beaver proceeded to take home 14 feature wins in total and a track championship.

“I’ve never raced anything before,” said Beaver, 19, of Hayesville, North Carolina. “My uncle, Roger Beaver, let me drive his street stock at the end of last season in one practice. I did two practices [with my 602 late model] before my first race.”

Beaver struggled during his first practice with his late model.

“The first practice [in the late model], I wasn’t really any good, because it was a day practice, and the track was super dry,” Beaver said. “All I did was spin out all the time. I’d get three good laps and then spin out. The next practice was a night practice. That’s when I got to figure out the car.”

Beaver certainly figured it out. He won his first race ever at Tri-County Race Track in Brasstown, North Carolina. In total, Beaver racked up 14 feature victories among four different tracks in three states.

Ten at Tri-County Race Track — and the track championship.

One at I-75 Raceway outside of Sweetwater, Tennessee.

One at Lavonia Speedway in Georgia.

This past season, Beaver raced mostly in classes geared toward beginners/rookies. He felt that racing others of the same experience level helped him grow quicker as a driver.

“You can’t learn anything not being able to run with them other boys,” said Beaver of starting out racing in regular classes. “There’s a big difference of experience, and that’s what wins you races.”

With virtually no experience, however, Beaver excelled in the beginner/rookie classes. That does not mean he did not make mistakes. Beaver made one error in judgment that possibly cost him a championship.

“My temper got me at North Georgia Speedway,” Beaver said. “I got spun out running third. They put me in the back, even though it wasn’t my fault. So, when I caught the guy that spun me out, I returned the favor. I got a DQ. I overreacted big time and regret the whole situation. It cost me the championship. I had [the championship] in the bag. All I had to do was finish the next two races.”

With that tough lesson behind him, and a successful season overall, Dylan Beaver looks forward to moving up to the 602 crate late model class.

“My goal in the beginning was to move up,” said Beaver. “[This past season] certainly boosted my confidence [for next year].”