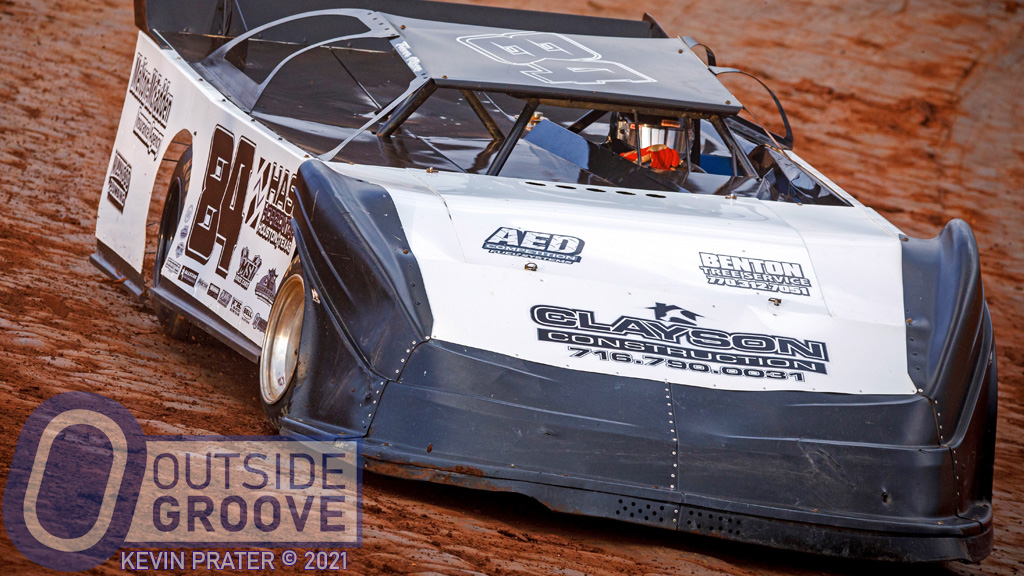 Just as Trevor Moon learned the basics of baseball by hitting off a tee, he hopes the same applies for racing with driving a 1999 C.J. Rayburn chassis.

“My papaw gave me one of his old cars when I was 15, and said, ‘Let’s see if you can stay in your own lane,’” Moon, 17, of Oxford, Georgia, said. “That’s how I learned how to drive a race car. I never drove a kart or anything else — I started in a late model.”

“My papaw inspired me in so many ways,” said Moon. “He taught me what it was to be a racer — to keep on going, never stop, and never give up. He gives me guidance and is teaching me how to work on my race car and properly maintain it.”

Despite competing with a dated car, Moon said he made solid runs these past two years at a pair of Georgia dirt ovals — Dixie Speedway and Senoia Raceway. He looks to move up to a 602 late model sportsman next year, driving for Travis Price Motorsports.

In addition to racing, Moon plays right field as a senior at the Covington Academy in Georgia, sporting a .317 batting average.

“My childhood dream is to be both a professional baseball player and professional race car driver,” Moon said.

His aspirations mirror another figure from history, Mike Greenwell. Greenwell, who’s best known for playing left field for the Boston Red Sox from 1985 to 1996, raced stock cars as well. He won a World Series of Asphalt Stock Car Racing championship at Florida’s New Smyrna Speedway in 2000. Moon said baseball and racing have parallels.

“Racing and baseball are both fast games, though to the casual fan baseball doesn’t seem fast and driving a car is something everyone does,” Moon said. “Try swinging a bat, connecting it with a ball coming at you at 90 mph in the major leagues. Try avoiding or passing another car at 90 mph sliding on a dirt track. Your reflexes have to act instantly.”

Trevor Moon hopes to catch a college scout’s eye as he belts baseballs on high school diamonds. He also looks to attract more sponsorship in his quest to move up the dirt late model ranks.

“To be successful, you have to keep on digging,” said Moon. “Whether it’s baseball or racing, you have to strive for your absolute best performance.”