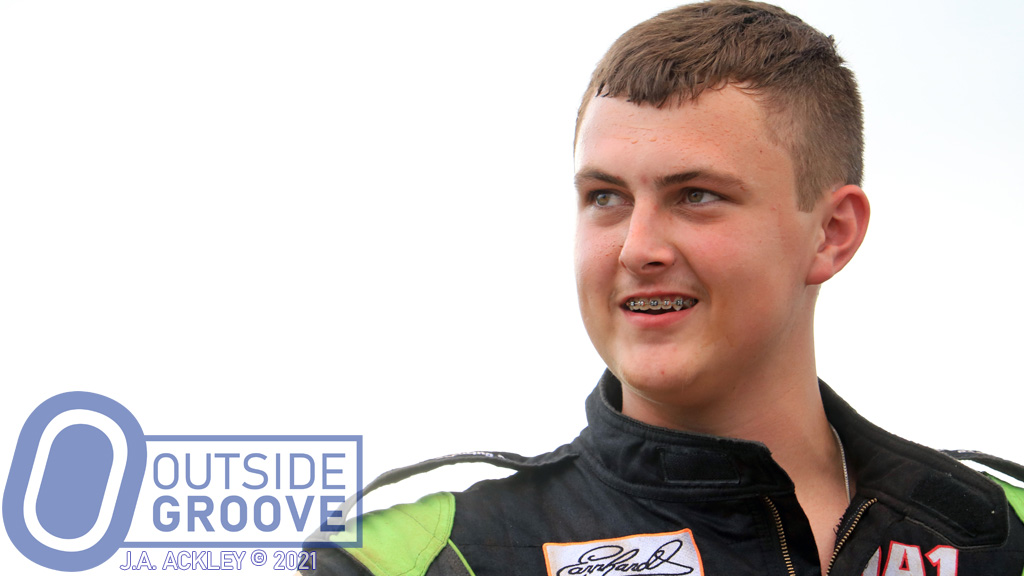 While some scoff at the idea of bringing a Chevrolet Performance 604 crate engine to a super late model race, Kaede Loudy embraces it. In fact, he’s used it at not a bullring, but at his home track — the fast, high-banked 4/10-mile Volunteer Speedway in Bulls Gap, Tennessee. And, Loudy didn’t run some local super show. He has competed against the crème de la crème of the sport. That includes tours such as the Schaeffer’s Oil Southern Nationals Series, World of Outlaws Late Models, and Castrol FloRacing Night in America. Loudy’s father, Kirk Loudy, explained why they do so.

“We don’t plan on running crates a lot more than we have,” said Kirk, a former NASCAR Cup Series car chief on the Joe Gibbs Racing car driven by Bobby Labonte, and current owner of Envy Suspension. “It’s more about Kaede being able to gain some respect and learn how to negotiate with guys who are on the upper level of the sport. [It will help him know] how he needs to be when we make the move to open stuff.”

The 604 engine puts out roughly 430hp. Most supers run between the 800hp to 900hp range. That’s about double the power and then some. Kaede said despite that, he can still take away a few lessons from racing with the supers.

“[You can learn about] putting yourself in better positions on the racetrack with people,” Kaede, 16, of Rogersville, Tennessee, said. “It helps us work on our program and see where we need to work on things. When we get back to the crate series stuff, we’re always better [after] we race with these super guys.”

Kaede said they use the same exact engine as they do in the crates. The only change they make is opting for the softer 1350 tire compound on the rear tires compared to the harder 1600s in crate racing.

Kaede Loudy has qualified for every super late model show he has attempted. His best finish came during the Schaeffer’s Oil Southern Nationals Series event in August, where he placed ninth. Kaede finished 19th the other two times. Regardless of where they place in the race, the father-and-son team deems qualifying for the feature a victory.

“Sometimes, if you just make the super race, it pays as much as the crate race [to win],” said Kaede. “If we can just make the race in the supers, it’s a win for us. For one, we did more with less. For two, you’re making more money.”