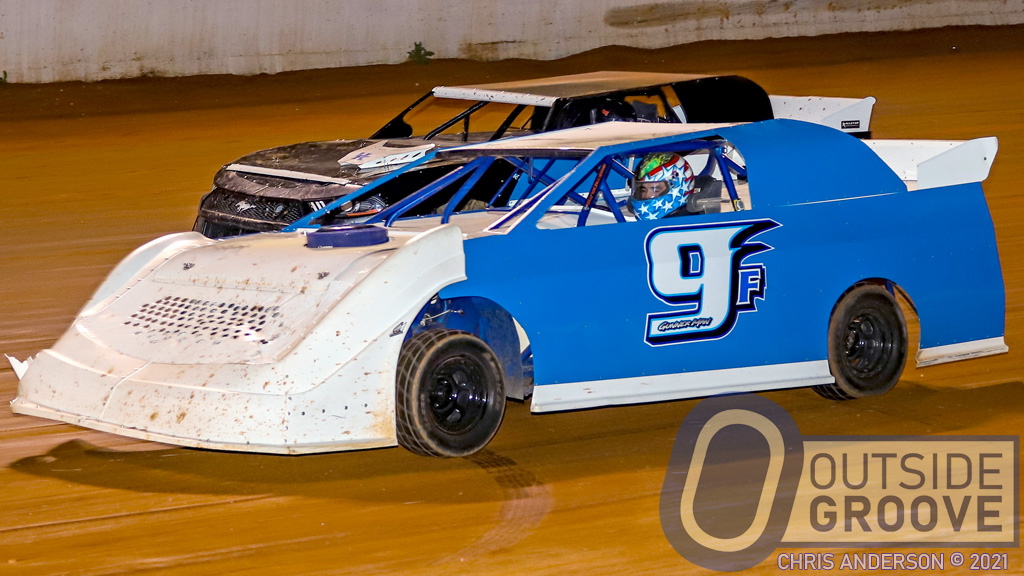 RWD mini stock champion Gunner Johnson understands what Shakespeare must have meant when he once penned “parting is such sweet sorrow.” In the quest to advance his racing career, he looks to sell his beloved RWD mini stock, “Southern Belle.”

Southern Belle isn’t Johnson’s first mini stock, nor his only. But, it was his favorite. With the 1987 Ford Mustang, he won 10 features last year and 11 this year. He also used it en route to the 2021 track championship at Lake Cumberland Speedway in Burnside, Kentucky.

“She was only a year old when I found her in Georgia [during the off-season prior to 2020],” Johnson, 19, of Olive Hill, Kentucky, said. “Justin Taylor had won 11 features with her and had advertised her for sale. I drove to Georgia and brought her home.”

In addition to the mini stock, Johnson raced 604 late models, too. Between the mini stock and late models, the driver dubbed “Gunner Man” has averaged 50 races a season for the last four years. His crew primarily consists of his father Bubba Johnson and friend Shane Bailey.

“It was not an easy task to race two cars in different divisions,” said Johnson. “It was double everything — work, maintenance, and money. After this season, we will concentrate on the late model only.”

Gunner Johnson seeks to simplify his racing life and upgrade his late model operation, where he currently races a 2006 Rocket chassis. To do so, he’s put Southern Belle up for sale. Johnson’s asking $10,500 for his ride.

“We got to have that money to buy a new chassis and move up to late model racing,” Johnson said. “I am going to be sad to see her go — I won the most races in my career with Southern Belle. I can only hope that whomever I sell her to keeps winning with her for a long time to come.”