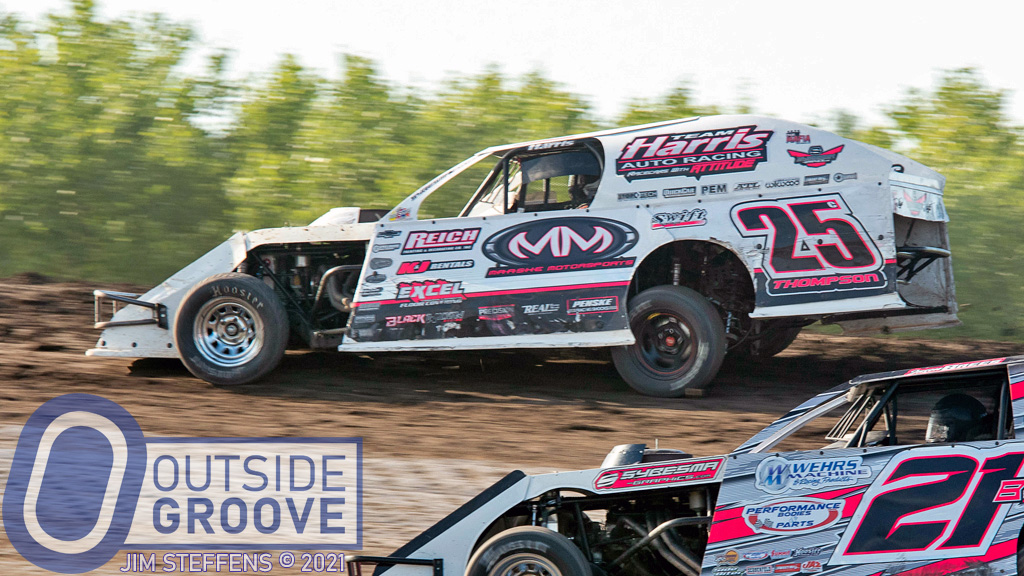 In April, we chronicled Cody Thompson’s first win in a modified (see “Cody Thompson: Conversation Leads to First Win”). Now, he’s been crowned the IMCA modified national rookie of the year. He earned the title by virtue of 19 feature wins and two track championships at a pair of Minnesota ovals — one at Murray County Speedway in Slayton and the other at Worthington Speedway.

“Winning rookie of the year is meaningful because it shows the progress a driver makes,” Thompson, 25, of Sioux City, Iowa, said.

Thompson came to the modifieds after racing sport mods. While superficially similar, the two carry distinct differences in suspension options.

“The question is whether you need a longer or shorter bar, and or a different angle,” said Thompson of the setup choices available for a four-bar suspension. “There is a lot to learn. Winning rookie of the year has given me something to show for what I learned and accomplished.”

Thompson still races his sport mod in addition to steering a modified.

“I feel driving my sport mod helps me as a driver,” Thompson said. “I can get the feel of what the racetrack is doing, how it changes. The more time you are on the track, the better the driver you become.”

Cody Thompson drove for Harris Auto Racing during his rookie season. He will return to the stable in 2022.

“I would love to go for the national championship, but I also have to give myself a break,” Thompson said. “It was stressful this year as the commitment to my racing has been 110%. The modified championship would be even tougher. There are so many good cars and drivers who have been at it for quite a while. I may jump around next year. There is an attraction to be able to go to race wherever it seems like a cool event.”