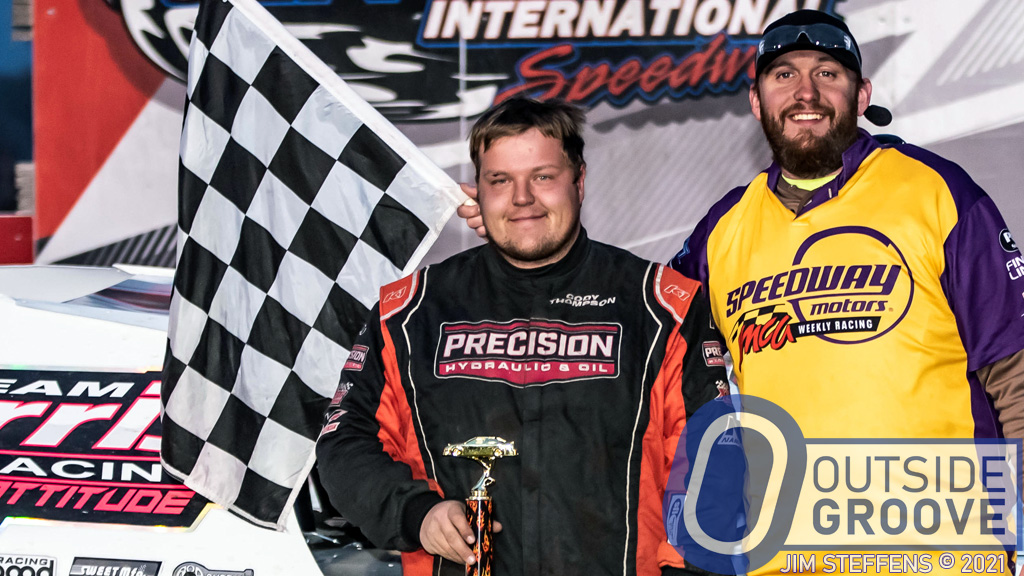 “I approached Kyle Brown and Mark Elliott [both of Harris Auto Racing] just to start a conversation on setup,” Thompson said. “We kept on talking, and after the Super Nationals I was part of their team.”

“We saw that he was a smart driver who wasn’t worried about what the other guys were doing,” said Brown. “[He was] more focused about making himself faster and better.”

“I look for a driver who can do well with little — Cody is that driver,” Brown said. “There are a lot of skilled racers out there. The ones who do not need the best and the newest, who do well without a big checkbook, are the drivers who get my attention.”

Harris Auto Racing keeps five to seven modified drivers on their program. The company helps those pilots with chassis and suspension sponsorship.

Cody Thompson plans to race at a pair of South Dakota ovals — Park Jefferson and The New Raceway Park. He said he’ll add other races to his schedule as time permits.

“I told [Brown and Elliott] I want to drive a modified at as many different tracks as I could, win races, and make a run at the national IMCA rookie of the year in the modified division,” Thompson said. “I know I need to pull off not only wins, but great finishes, track championships, and bonus points for running in big fields of cars.”