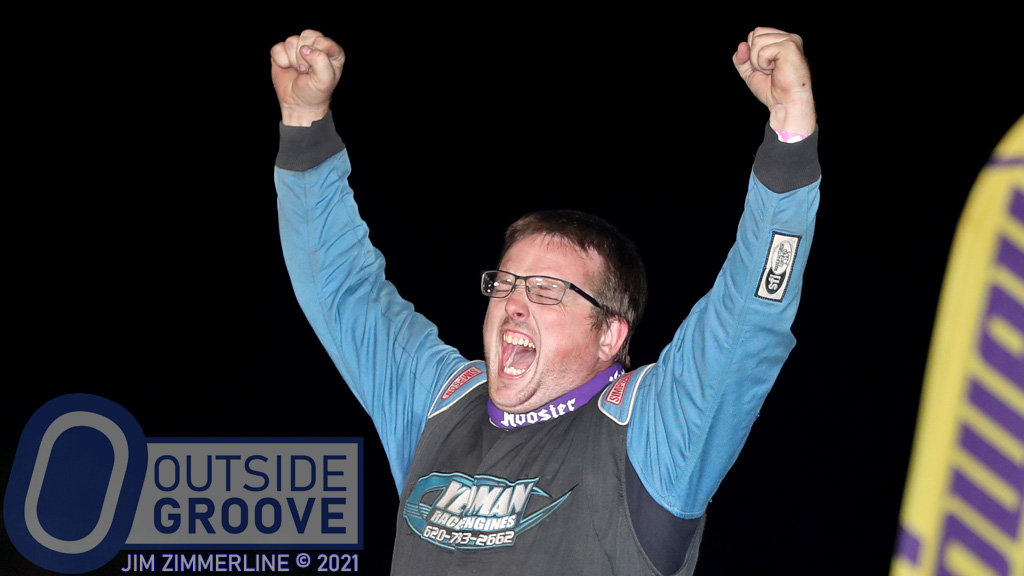 Ryan Gillmore put his sport mod on the pole for the big dance at the IMCA Speedway Motors Super Nationals at Boone Speedway in Iowa. It was a moment that would make a father proud. Then, his mother, Tammy, received a call the morning of the big dance. Gillmore’s father, Gary “Bucky” Gillmore, had passed away from chronic obstructive pulmonary disease (COPD).

“When Mom told me that he had passed, we immediately packed our bags and headed home,” said Gillmore, 28. “His life was more important than any race. We drove straight home — seven hours — to Springfield, Missouri.”

Gillmore formerly served as track photographer at Springfield Raceway, from 2009 to 2014. The aspiring racer put the money he earned from photography toward a go-kart and then progressed through the ranks. Gillmore went on to win B-modified track championships at a pair of Missouri ovals — Monett Motor Speedway (2015) and Springfield Raceway (2015–2017). He earned the USRA national title in 2017. His father helped him throughout his racing career. That included when he flipped his car and fractured two vertebrae and incurred a concussion in 2020.

“For the longest time, I wouldn’t race if my dad couldn’t be there with me,” Gillmore said.

The elder Gillmore’s COPD began worsening the past couple of years and eventually he could no longer make every race. Gillmore still continued winning, earning five trips to victory lane at Springfield this year.

For the Super Nationals, Taylor Musselman and his father, Chris Musselman, offered Gillmore a ride. With that car, Gillmore won his qualifier, which placed him on the pole for the big dance on Saturday. When it came time for the race to line up, upon hearing of Gillmore’s father passing, the drivers elected to leave the pole position open at the start of the race.

“For them to leave that spot open was a surprise to me,” Gillmore said. “We weren’t chasing attention. When we heard Dad had died, we left without telling anyone. The respect they showed just blew me away. I got a hold of Brett Root and thanked him.”

“I had the option to race after the Super Nationals, but I felt like it wasn’t time yet,” Gillmore said. “Last weekend, it was a relief to get back into my car — a sense of back to normalcy. [However,] something did not feel right — I missed my dad.”