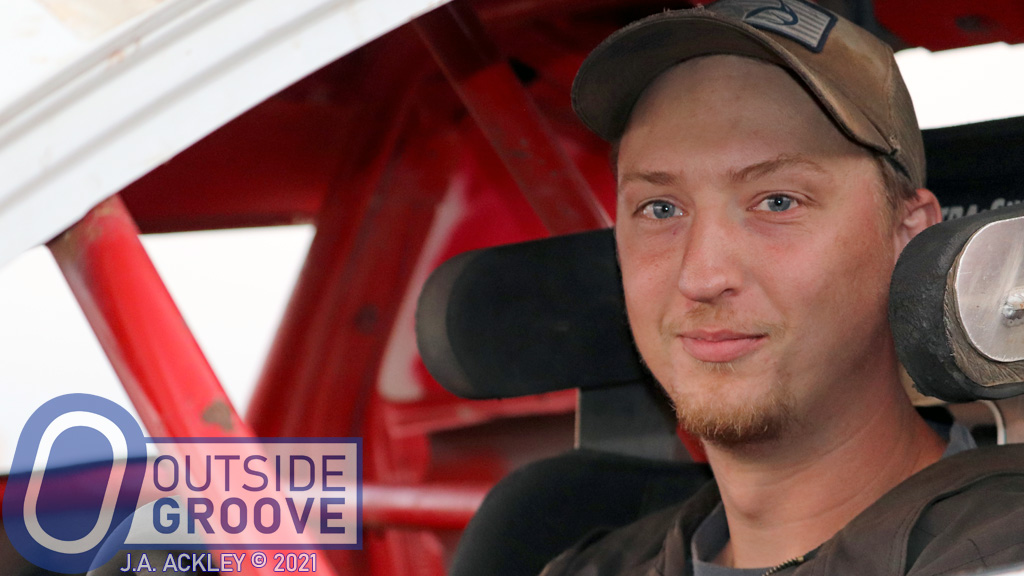 This year, Dustin Duncan racked up 31 feature victories in the front-wheel-drive class. What makes the feat even more remarkable is that he accumulated those wins among 10 tracks in four states. Duncan could stay close to home, but he prefers traveling to as many tracks as he can.

“When I first started [at] 12 or 13 years old, I raced at Lake Cumberland Speedway [in Burnside, Kentucky,] every weekend,” Duncan, 27, of Robbins, Tennessee, said. “I won a few points championships. After that, I wanted to travel, see different tracks, and see how I stack up against different competitors.”

Stack up he did. Duncan earned trips to victory lane at the following tracks.

Of the 13 dirt ovals he has traveled to in 2021, Dustin Duncan only failed to win at three — 411 Motor Speedway in Seymour, Tennessee (where he set the track record in qualifying); Fort Payne Motor Speedway in Fyffe, Alabama; and I-75 Raceway outside of Sweetwater, Tennessee.

“It can be challenging,” said Duncan of racing different tracks. “Not every track changes the same throughout the night. Even though you may have raced on a slick track in Kentucky, that setup might not necessarily work for a slick track in Georgia. So, you’re always having to find different adjustments as you go.”

Some might think that the front-wheel-drive cars lack adjustability, when compared with other divisions, but Duncan disagrees.

As with modifieds, tire selection plays a huge factor with front-wheel-drives as well.

“When I was racing modifieds, [I tried] to figure out whether [the car] liked hard American Racers or M30s Hoosier tires,” said Duncan. “[With] different brands of radial tires [for the front-wheel-drive cars], you can get different compounds. From seven o’clock in the evening to two o’clock in the morning, you’ll change tire compounds [to adjust for changing track conditions].”

Duncan’s extraordinary season doesn’t necessarily come down to a special ingredient, whether that’s his talent behind the wheel or the 2002 Acura RSX Type S he steers for car owner Jamie Newport. He cites the entire recipe, which includes his team that consists of his wife, Hannah Duncan; cousin, Jake Duncan; and friends Ryan Harness, Jerico Stephens, Tiff Stephens, Brandon Crawford, and Paige Crawford.

“I appreciate every win I get, because it’s not only me, it’s my whole team,” Duncan said. “[Winning] shows how hard we all work and how much help I have. It takes more than one person to have a year like that.”